The cozy Sala San Francesco offered as a venue to host the panel during the International Journalism Festival of Perugia, Ruth Palmer, Assistant Professor of Communication at IE University in Madrid and Segovia, presented her recent book,Becoming the News: How Ordinary People Respond to the Media Spotlight (Columbia University Press, 2017). In conversation with Anna Masera, public editor of Italian daily La Stampa, Palmer kicked off her speech by specifying that she’s not a journalist but a communication scholar and her book was written as an attempt to understand what people think of journalists. 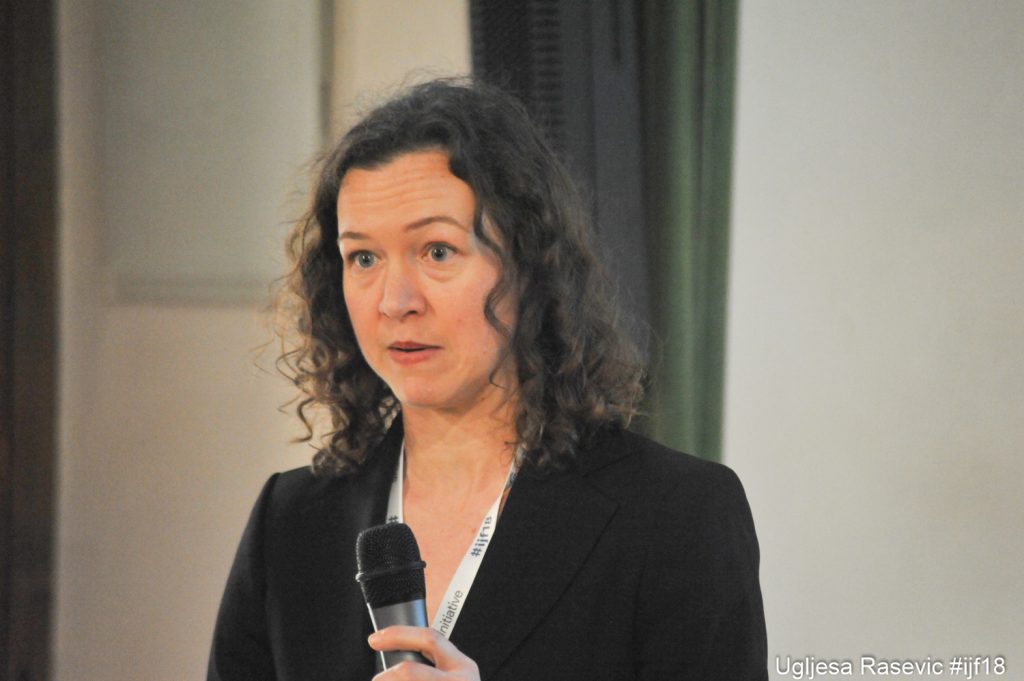 With this question in mind, she started investigating on how citizens feel during their interactions with reporters, and when they are mentioned in news stories, because, Palmer explained that, “the first thing that I want to call attention to is very simple. It’s just that having an article in the paper it’s kind of a big deal in a person’s life.”

Her research is based on dozens of interviews conducted both in big and smaller cities and with the most diverse people: she argued that only thing the interviewees have in common is that they’re not public figures and therefore are not used to interacting with the news media on a daily basis. Palmer talked with hurricane and mass shooting survivors, women who experienced harassment, and members of families of mass shootings’ victims to understand the relationship between the ‘ordinary world’ and the ‘journalistic world’.

This study is essential, said Palmer, because “to understand trust and try to generate trust you have to understand how others see you”, thus touching one of the main issues of this 12th edition of the festival: the need for journalists to gain back the trust of the public.

The book is set out to follow the same structure of experience lived by ordinary people who find themselves suddenly under the spotlight. Palmer started off by writing about the reasons why they wanted to speak to reporters in the first place and presented several examples: while some people didn’t want to get involved, but they were just interviewed as witnesses, most of them voluntarily went to journalists to tell their story. She mentioned a woman, Allegra, who suffered from a rare illness that led to the loss of her child. Wishing for no one else to suffer the grief she had experienced, she wanted to tell her story to the media, but she referred to that decision as difficult although necessary, which brought the author to her next point: people’s interactions with journalists.

Although “certainly a lot of them actually liked the journalists, felt they were professional, that they were friendly”, “friendly journalists” are thought to be an exception to what most journalists are in reality – that is pushy, powerful, and success-driven. Palmer underlined the importance of analysing the negative experiences the interviewees had gone through for journalism to improve and she gives plenty of examples. 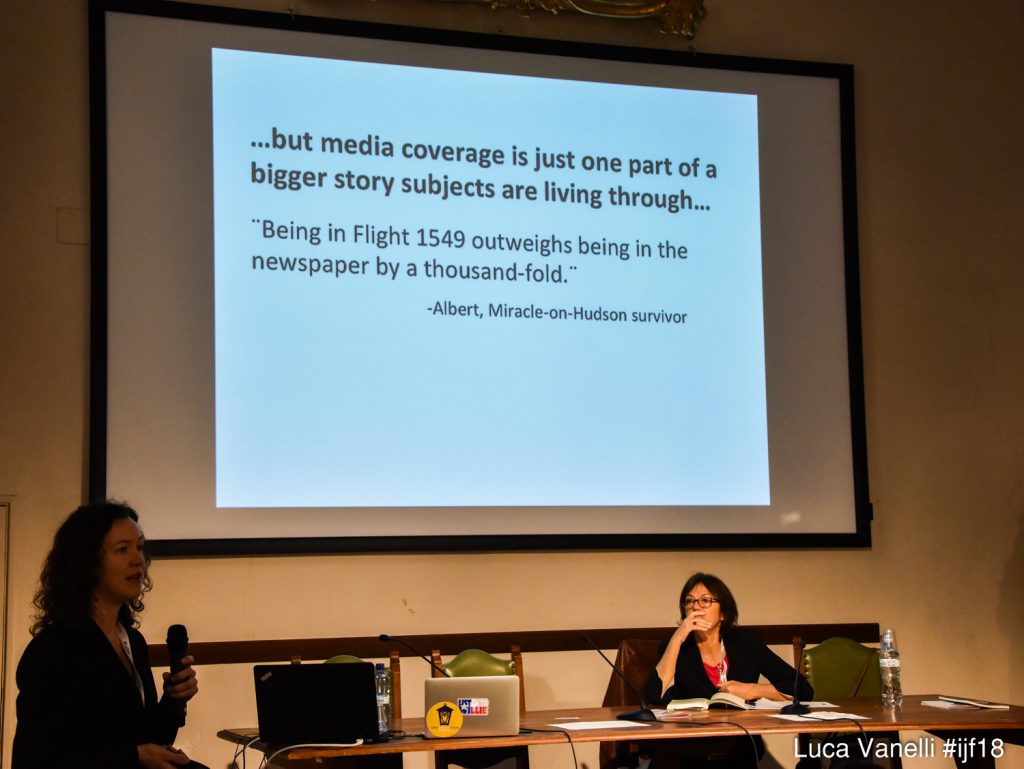 According to her research, people feel particularly intimidated by TV equipment when approached by the media because it is perceived as something foreign and intrusive. When it comes to the behaviour of reporters, most of the interviewees felt kind of manipulated, as if the journalist they met with already had a quote in mind that they were pushing them to say. Empathy is what was lacking from these experiences, where journalists appeared to be fake, not interested in personal aspects of the story but just in what will make the news.

This particular aspect led Palmer to talk about repercussions and errors made by journalists because they deeply affect the relationship they have with their audience, especially with those people named in their articles. Apparently, interviewees weren’t that concerned with small factual errors – they were actually very dismissive of them. What really mattered to the subjects was when errors had serious repercussions on their lives. “In the US there is no right to be forgotten,” Palmer said. Therefore the severity of errors is measured on an effect-scale and reputation is the key to understanding this. When a criminal is named in the news, the consequences can be really serious: take, for example, cyber harassment, and the difficulty in leading a normal life, finding a decent job and not being stigmatised for the rest of their lives.

According to Palmer, empathy needs to play a key role to help journalists avoid losing the trust of their audience permanently. Quoting one of her interviewees, the author said that journalists “should know the power they hold and they should be ethical.”

In conclusion, Palmer suggested that reporters should be like doctors: “while the latter is there to take care of the patient over anything else, the press is there to tell exclusively the truth.”