Global politics is under a crucial threat of destabilization, is what one would affirm after listening to the talk by Martin Moore, wherein he also introduces his book “Democracy Hacked: how technology is destabilizing global politics”. Moderated by Mathew Ingram, the talk centered around the threats presented by the larger digital media companies, namely Google and Facebook, towards maintaining a balanced and well-informed political equilibrium in countries.

The two digital media platforms, Facebook and Google, were key to the discussion that followed the introduction of Moore’s book this Thursday morning. One should also note that these two platforms are also sponsors of the International Journalism Festival 2019, and there may be some irony to the fact that the discussion that followed put the two companies as the epicenter of the issues arising within recent political elections and upheavals. The algorithms used by the two companies to present data and information to the users, and the lack of transparency from the side of the companies in presenting the way these systems work to the general public was brought under scrutiny. The talk encompassed the major issues being faced within digital politics today, and how it forms a common thread between multiple election campaigns and referendums post-2013, including those held in India, U.K, Italy, Brazil, and Germany to name a few.

Whilst Moore and Ingram focused on the broader issues regarding the advertising policies of these companies, they maintained the front that the current system of digital marketing and advertising is in need of a foundational change. Urging the public to be more critical towards the tactics used by those companies, Moore touched lightly upon the major themes discussed in his book while pointing towards the parts of the book and elaborating on the same.

For Moore, a crucial point which urged him to research in depth for his book was after the Brexit Referendum in February-March 2017 when he realized that the expense invoice for the Vote Leave campaign was referenced to a certain company called aggregate IQ, which is connected to Cambridge Analytica and Facebook data and privacy as well. About forty percent of the budget of the campaign, at that time, was spent on this company, which intrigued Moore to dig around further and look more broadly towards the themes found in elections around Europe and further away. To summarize his point, Moore said, “In a way, it seems peculiar to think that politics will remain the same.” He further added regarding the laws in the real world that, “either they don’t apply online or can be bypassed,” pointing to the creation of an almost Hobbesian situation he claimed, “it is almost like information warfare.” 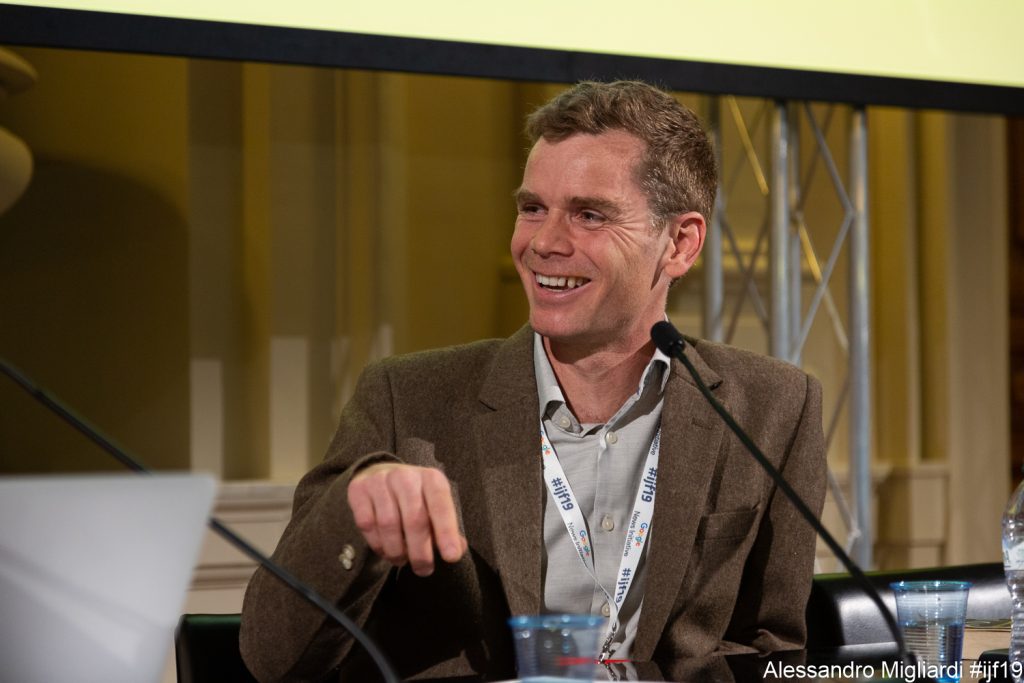 Redirecting the conversation to the themes Moore specializes within,  Ingram questioned Moore if the public, and journalists or the audience, in general, can see those things while they are happening. Moore pointed this back to one of the reasons to what prompted him to write the book was to help him understand how most election systems work. He elaborated particularly on situations in which data acts as a virtual currency thus triggering the unfolding of circumstances in which the law can rarely be applied.

Continuing the conversation, it was discussed how recently Facebook has been under inspection by legislators recently and has been feeling the pressure to change a lot of things, yet there still remains a significant amount of dark funding, which is unseen and uncontrolled by the groups mainstream media still seems to be unaware of. In these cases, the public, or the user audience has only realized what was happening upon realizing the impacts of this political machinery run by digital platforms.

Facebook, in particular, made a few design changes, to make its own functioning more transparent so that the user can now see who is sending what information. However, this only unveils one layer of the complex machinery working underneath to personalize and curate every single Newsfeed, thus pointing towards the apparent lack of transparency within the algorithms that make Facebook work and functions as a good reminder of the fact that this is only chipping away one layer of this black box for the user.

On the same note, the audience was also informed that the companies, themselves asking for regulation and moderation towards the working of the algorithm should be seen as a clear red flag. The intent might be perceived as in favor of the users, but taking into account the fact that the companies themselves are going to be in control of the kind of regulatory rules applied upon them, things will probably still remain within the favor of the company’s business intents.

When a digital user is a witness to a singular ad on Facebook or Google, there is live algorithmic bidding, ‘header bidding’, going within the companies to determine the advertisement which shall be seen by the user. This also leads one to the idea of personalization and virtual identities, how the established notion of personalization often carries with it an ideological baggage of measuring and mapping data, and how gamifying it to determine personal or public growth brings forth the evident ideology of technological determinism.

While it is often seen that technology could potentially be the solution to all the problems in the world, especially through Artificial Intelligence, problems like disinformation are often not just because of technology but also through propaganda. Looking at cases like India and the Philippines, it is unclear who they are and why they did what they did. Although it is always attractive to see that problems can be solved through technological development, the fact remains that there exist some problems that are not even solvable. 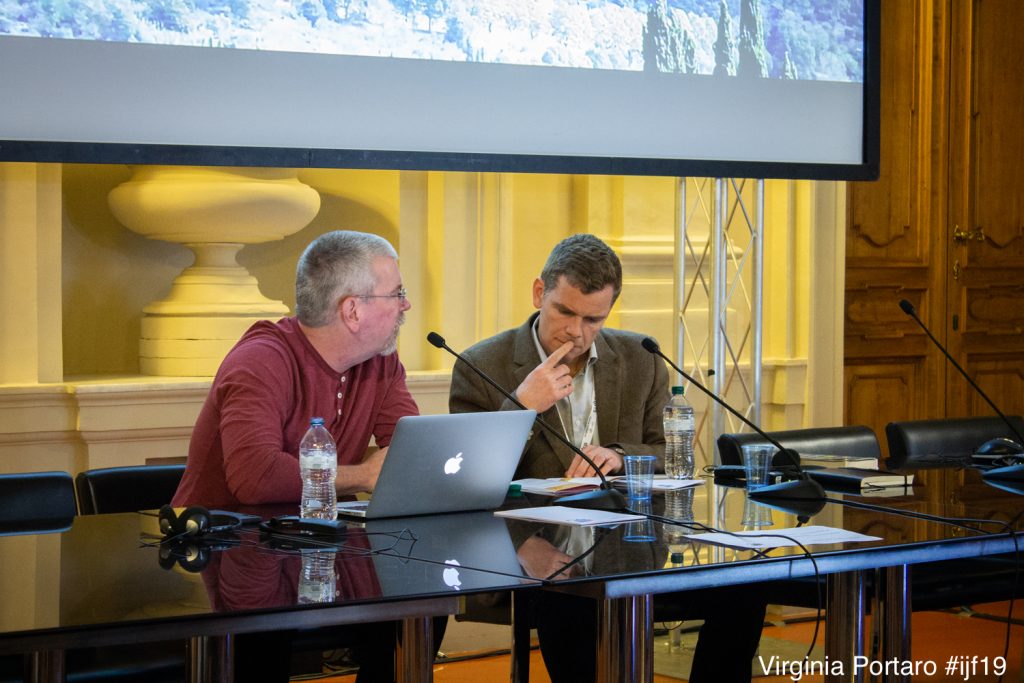 Upon conversation and questions with the audience regarding the issues with personalization and what data belongs to whom, the idea of anonymity on the internet was elucidated briefly. The 4chan and Warcraft boards and chats were presented as examples of content being completely anonymized, as in 4chan versus pseudonymized, as in Warcraft. This pointed to identity being a crucial tipping point within placing accountability on these platforms, and how often, getting completely rid of anonymity on the internet can present with its own set of consequences and repercussions and how pseudonymization does not present itself as a viable alternative due to it still being traceable to a particular online identity.

Wrapping up the invigorating conversation regarding the ills of the platforms digital users are highly dependent on, Ingram presented the audience with a stimulating thought concerning the future of such technologies, “While we are discussing the systems that we should have, there is someone already building what we will have.”