Prominent internet studies scholar Bill Dutton talked about his most current empirical research on users’ behaviour regarding accessing information online. The IJF discussion facilitated by Philip Di Salvo from the Institute of Media and Journalism USI challenged common assumptions on filter bubbles, echo chambers, and misinformation. Dutton warned that panic created around these misleading assumptions could “undermine some of the advantages of the internet.” 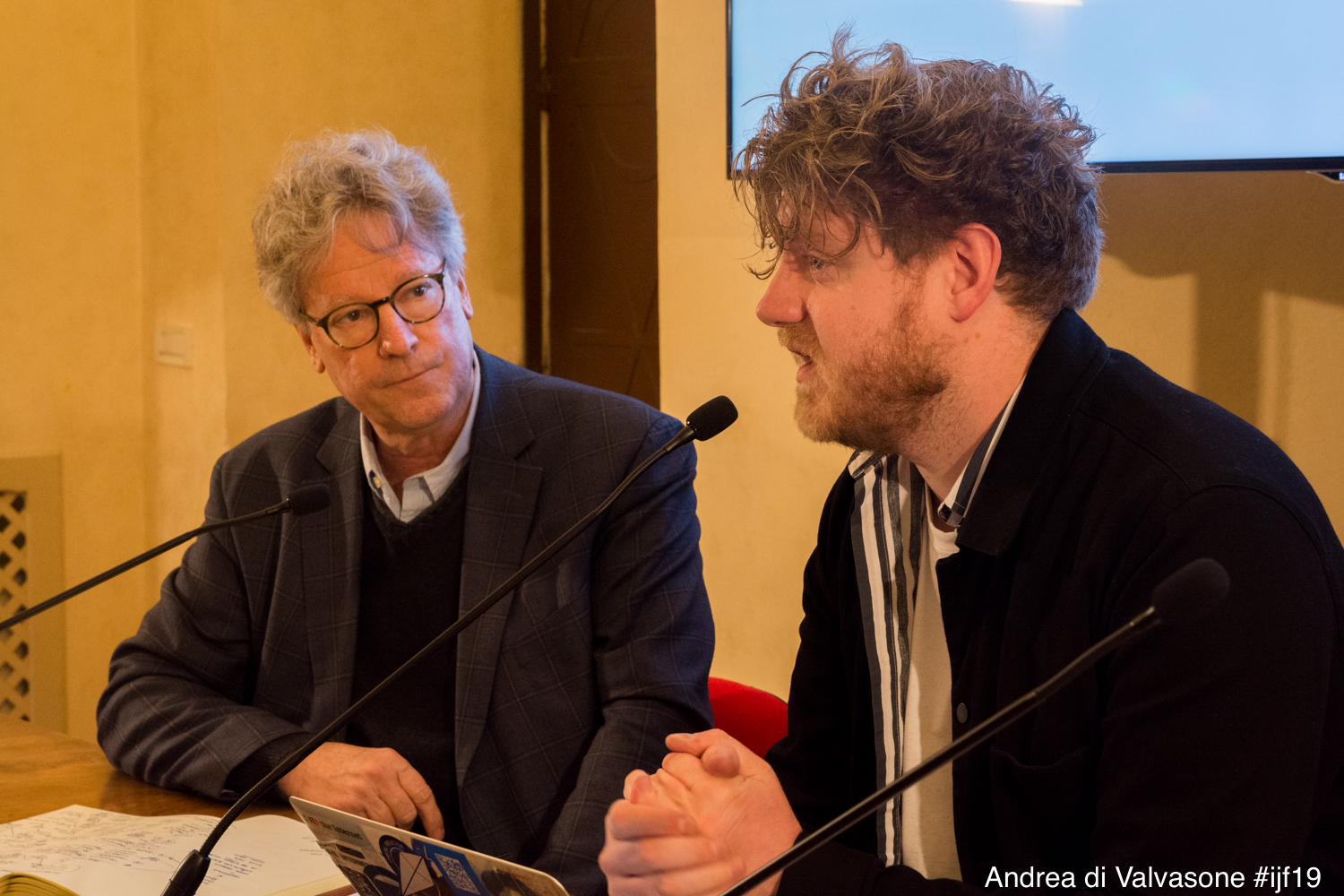 More than half of the world is online. The number of internet users has reached 4 billion. The internet helped to overcome one of the traditional media limitations of space that they can allocate to covering certain topics and political candidates. “People have a learned level of trust in the internet because they use it and they find what they’re looking for,” highlighted Dutton.

However, in the past years, discussions about the internet and democracy have moved from a utopian phase that dominated the period during the Arab spring to the dystopian phase. It has generated panic over misinformation, echo chambers – the idea that people cocoon themselves with like-minded people – and filter bubbles related to personalisation of the internet. Dutton warned that “the panic was based upon a technologically deterministic view anchored in research on the production of media on single platforms.” He finds single platform studies somehow misleading. Dutton didn’t detract that some people produce fake news and disinformation, neither that certain personalisation is occurring and sometimes works. For example, if one wants to order a local pizza. However, he examined to what extent the notion that the internet, social media and fake news are a real threat to democracy is real.

“People look at the features of technology and extrapolate from that how it will affect individuals,” Dutton described the core of technological determinism and immediately questioned its assumptions: “there are so many factors that shape the way people use technology – cultural, economic, social, political and so forth. You really have to look empirically at how people actually use technology.”  And that is exactly what Dutton and his research group did. Instead of studying one single platform, Dutton’s highlighted the centrality and importance of search in accessing political information. “Search and Politics” is the first major research of this kind. It consisted of a web-based internet survey with 14000 participants survey from 7 countries (US, UK, France, Germany, Italy, Poland, Spain) and complementary studies. The findings mitigate some of the most common concerns regarding the negative impact of the internet and social media.

Online users are exposed to a variety of viewpoints

The results clearly showed that “if you are interested in politics and you have any skill in search you tend to look at more than four different sources for information about politics,” Dutton summarised the major finding. Internet users often use search to check information that they see on social media. They apply “a repertoire of practices for confirming and checking and verifying what they see online. People don’t just blindly accept everything they see online,” Dutton reminded during the discussion. People “aren’t lemmings believing everything they read online”, says Bill Dutton

People aren’t simply trapped in an echo chamber that reconfirms what they already know about the world. They learn online, find information that they didn’t search for, verify information that they think is wrong, they source and share information about politics. Furthermore, the research showed that people rarely drop others from their social media networks if they disagree with them on politics. According to Dutton, echo chambers, filter bubbles and misinformation have become convenient scapegoats, but they aren’t the real explanation of electing Trump or voting for Brexit. Even though, many people wish they would be the explanation. As it is easier to flag these for many people unwanted decisions to the technology or media than to differences of opinion among the public. However, “we are the major algorithm” insisted Dutton.

The vulnerables and the “nudge” strategy

Despite the fact that the research didn’t find any specific demographic patterns. Dutton acknowledged that “there is a degree to which people who are older, unemployed, less educated are somewhat more likely to have worse practices etc. and not use as many sources of media”. Researchers call them “the vulnerables”. These users don’t use good sources and don’t apply good practices. They can be found in every demographic group and in every studied nation, but they represent just a small proportion of the group.

Italy has the highest percentage of the vulnerables as they represent less than 4 percent of the population. Germany has over 2 percent of them. While the US scores the lowest with less than 1 percent. In other researched countries, the group consists of about 1.7 percent of the population. Despite the fact that there are just a little people susceptible to filter bubbles and misinformation, the internet and some of the major online business, including Facebook and Google, are taking a very careful stance. Dutton observes that they consider featuring so-called safe news. These are the main stories from main media outlets. Dutton thinks that it poses a risk to diversity through homogenisation. Furthermore, if Google and Facebook will be deciding what are the prime stories and the other featured stories, they act as newspapers – they edit and they select news. In result, “they will have no argument but to be regulated as if they were a newspaper,” claimed Dutton. “Demonisation of the internet is going to have a very dysfunctional consequence,” alerts Bill Dutton

Dutton believes that overregulation of internet content isn’t the best solution for the challenge: “The best approach is not to panic and misregulate the internet but to nudge users in a sense to do the right thing.”  That is to teach and motivate people to look for a variety of sources, check and verify information and do not rely on a single source.