Have you ever heard the term «news desert»? This is something that modern journalism is actually dealing with. With the digitalization and decreasing numbers of local media, there are more and more empty spaces on the map of communities’ media coverage. Nowadays the journalism is facing a challenge of finding a new model to keep the readers and to cover the news deserts, left by extinct local newspapers. 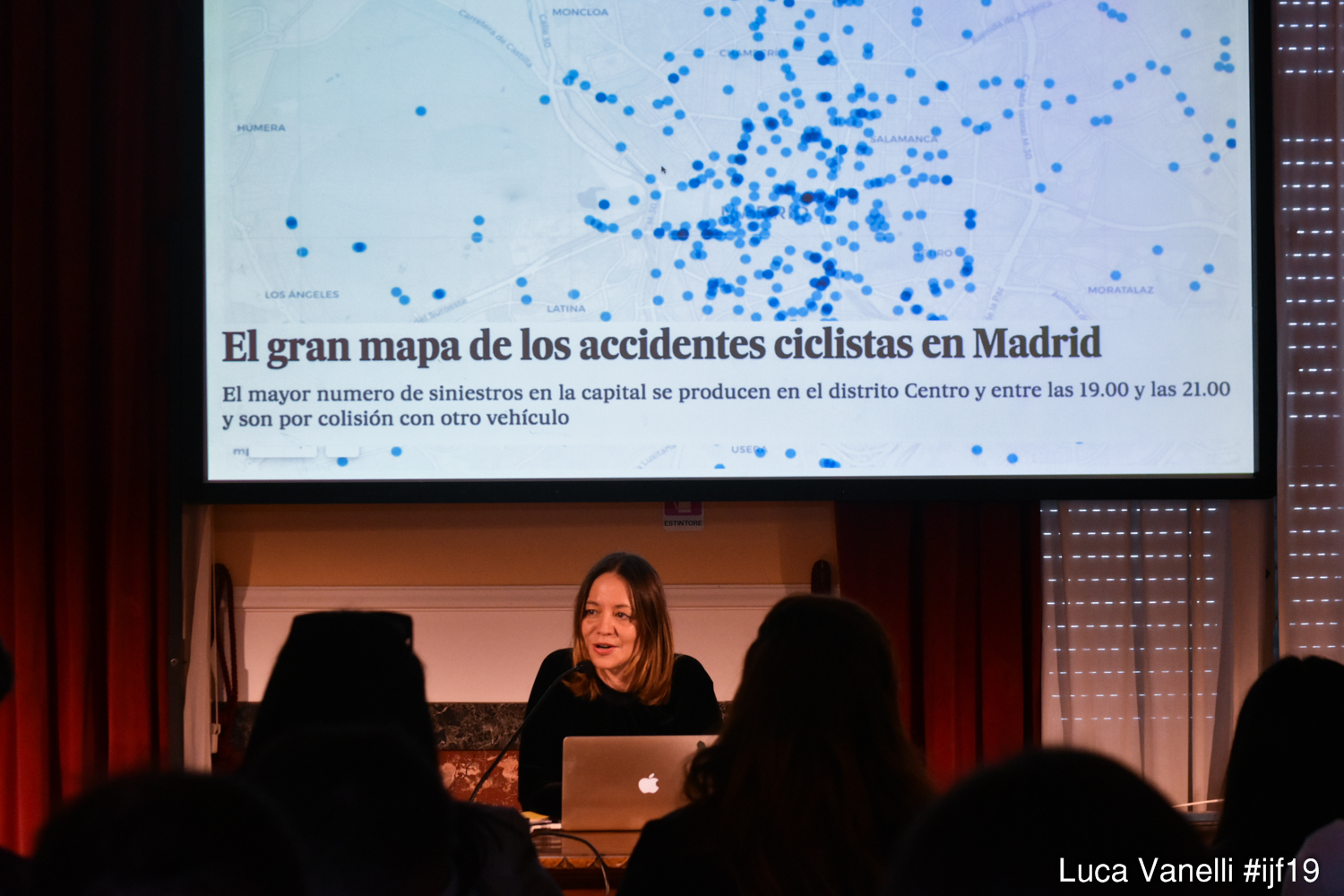 It’s not only about money and business model. It is also a question of a new content model, believes Michaëla Cancela Kieffer, the current Teaching Fellow for the Google News Lab in Spain & Portugal. The most logical way to keep the readers and turn them into subscribers eventually is to provide the content that interests them. But how to make sure what people want to know and read about?

That’s where data journalism comes to the rescue for local newsrooms. Data in the all possible variations and channels to use it for is now a trend for at least a couple of years. Data, big or small, left the rooms of programmers and researchers and entered almost every field. Journalism wasn’t an exception. Nowadays it’s not just the quality of information that counts — it’s also the speed that you can deliver it with. Fast world — fast news, and the combination of journalism and technologies is something that can solve the problem of slow data collection.

Local and regional news is still one of the most popular kinds of content; health, economy, crime segments are also containing the local component. Data is, naturally, the key and the main base for data journalism: incredible, how many different topics for different levels of localization and target auditorium you can create with just one data set. Smart data usage can provide the newsrooms with a bunch of possible stories and help distinguish the important ones on the local level.

Companies like RADAR or AP are providing newsrooms with particular datasets, which makes it easier for the journalists to navigate in the data massive. If Radar basically generates up to 7000 different stories a month based on the most relevant data divided by regions, then AP is mostly providing datasets of national scale, making local newsrooms finding the relevant information themselves. But sometimes for the particular local stories, journalists have to go bottom up and start from the ground. It’s all about the collaboration: whatever some companies are missing, the journalists and people in touch with the data subject are adding.

A first local data journalism case actually illustrates the whole process pretty accurate: a story of Dr. John Snow who in 1854 went to the ground to investigate the cholera outbreak. He plotted each place of the dead on the map and created a first data visualization for proving his point. Nowadays it works pretty much the same way: data mining for local newsrooms requires journalists actually searching for particular data on the ground and then analyzing it with a number of tools, including the ones provided by Google.

Michaëla Cancela Kieffer introduced simple, yet quite useful and practical tools to work with the data you get or gather yourself. Starting with Google sheets commonly used by every single user and ending with Flourish and Talkies! for visualization, this panel became a good introduction for the Data Journalism 101.

It’s no question that data journalism is the future on both local and global levels. Google News Initiative is supporting data journalism to help journalists thrive in the digital era. Together with the European Journalism Center they created a Data Journalism Handbook.