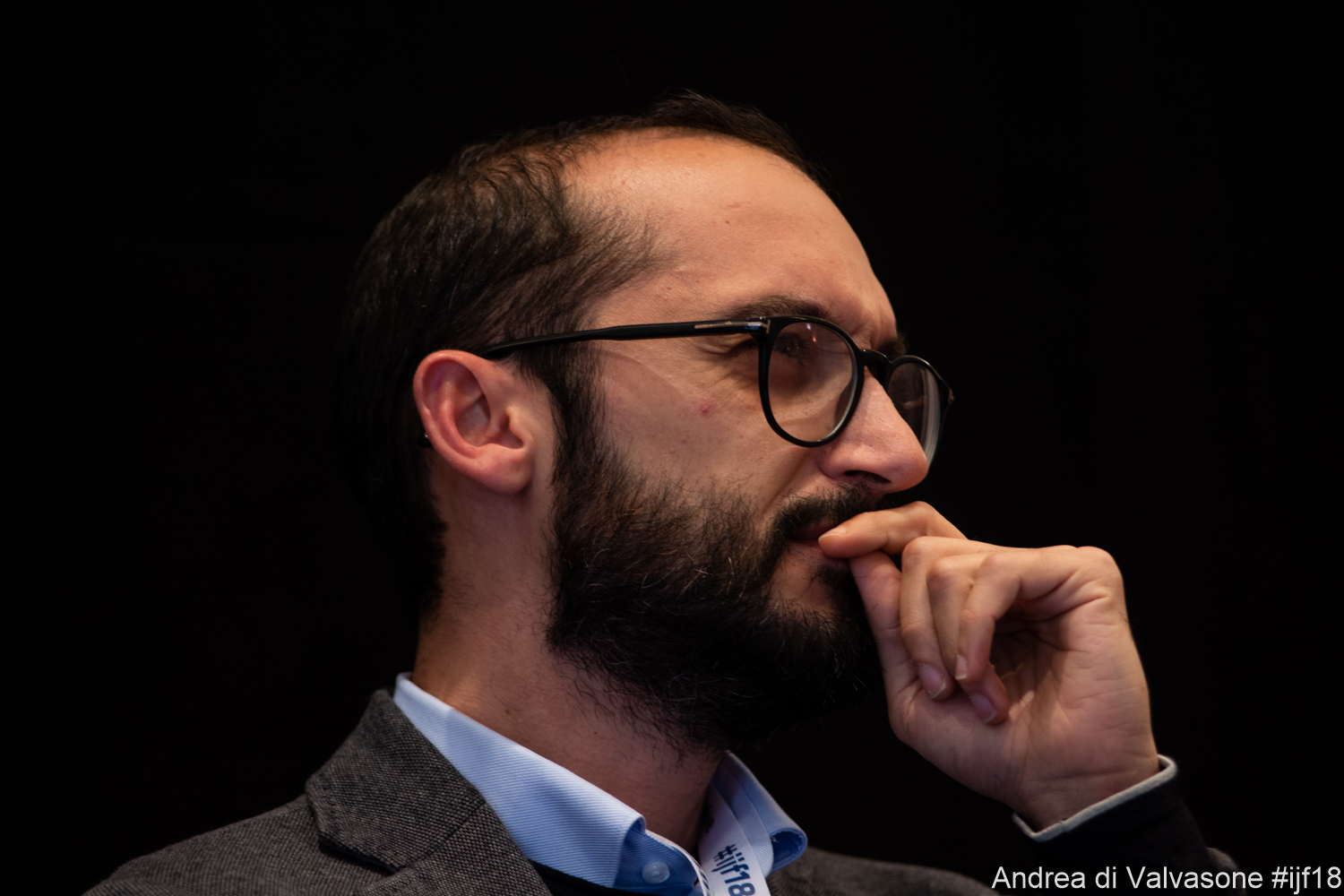 We’ve recently seen a lot of emphasis on the power of new technology, on how social media has turned from fun apps to manipulating and filtering content and user data, on what looks like a grim future for the world of cold hard facts in which we insist on finding the truth in a seemingly post-truth era.

Nathan Jurgenson, sociologist and social media theorist, has seen it all coming but he doesn’t quite buy the whole post-truth speech. As the founder and editor-in-chief of Real Life magazine, co-founder and co-chair of the Theorizing the Web conference, an editor emeritus at The New Inquiry, and a researcher at Snap Inc, it’s safe to say that Jurgenson has a very informed perspective on the current state of digital affairs. In a discussion moderated by journalist and author Fabio Chiusi, at the Propaganda and social media  panel, the very way in which we talk about the digital world was put into a new, broader context, away from dramatic perspectives and Black Mirror parallels.

He then went on warning about the overblown importance we tend to give to the matter of fakeness and how we need to see things in a more nuanced perspective so as to get the bigger picture. He was also quick to remind that this conversation and particularly the fears and complaints connected to technology and media are as old as the media itself, the only thing that has in fact changed is the platform we’re using nowadays, in respect to the dawn of the 20th century, for example: “We’re not going to enter into an era of truth, because that era never happened, that’s nostalgia. I think post-truth is just another name for saying modernity and we’ve been there for a long time”. Having said that, he went ahead to clarify that not only the terms in which new technology is being described need to adapt to a more subtle and thoughtful insight, but that the very way in which digital and real life are also being dichotomised as if “digitality is kind of a light switch”, only enhances the confusion. “It’s much more like a continuum”, instead and while we’re still dwelling on the nature of internet, Jurgenson emphasised that the whole conversation about privacy, data and information, that has only just begun to take centerstage, is something that was long overdue: “now we’re having an adult conversation (…), we’re getting there. And I think we’re starting to understand technology and platforms as not over and above real life, but as part of it.”.

Touching on the subject of Cambridge Analytics and Facebook, he talked about taking responsibility and assuming a position and an ideology, which is something Facebook has failed to do in the past, playing the neutrality card and claiming that it has no politics and no agenda. Which, as recent events pointed out, was not only far from being true but this very persistence in claiming no interference and having no viewpoint, while at the same time refusing to hire professional journalists in order to help with the news, got Facebook into this tight spot in the first place. Jurgenson also point the finger on what has driven Facebook’s philosophy: “that was the idea then and that’s the idea now, that with enough data, we can run the world. That data should replace elected officials, nobody says that out loud, but that’s literally what that means .”

Passing on to the US elections, how Trump won and the role that social media and fake news played into this, he reiterated that what we’re seeing now in terms of manipulation is far from being something new, reminding about the moment the United States invaded Iraq and how well regulated traditional media outlets went along with a distorted narrative on the subject at the time. Playing on the dynamics between the concept of “truthiness” (coined by Steven Colbert and referring to a type of confirmation bias) and the one of “factiness”- obsessing so much with facts that basic truths get lost in the process-, Jurgenson declared these two stances to be the basic mistakes we make when we describe the world. And that’s what also happened during the presidential campaign in the United States, when, according to Jurgenson, “people whose job it was to understand the political situation, saw reality and they laughed at it. (…) The reality of the world was laughable, and done by people whose job it was to describe the reality of the world”, referring to journalists who decided to go ahead with a narrative that saw Trump as a funny outsider and not as the main conversation, a perspective that still goes on today even as he is the president of the United States of America.

However, the sociologist concluded the panel with a reminder that facts and truth were here to stay, but also appealing to change the way we look at new technology and its power, a need to shift our attention to a bigger, more nuanced picture in order to better understand the dynamics of misinformation – who’s the most vulnerable to it, but also who’s benefiting from it.