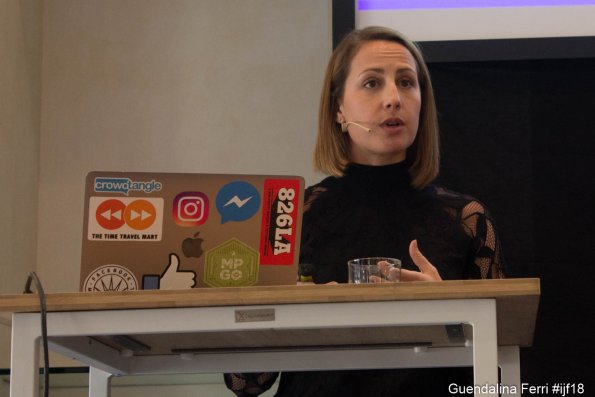 In this age of journalism with an overwhelming number of media platforms, especially online, it can be hard to keep up with not just competitors but also with the amount of potential news stories floating around the internet, waiting to be picked up by journalists. Social media tools like CrowdTangle can help newsrooms with this problem and to stay ahead of the pack.

CrowdTangle is a cross-platform tool that operates across Facebook, Twitter, Instagram and Reddit, and provides insights to its users about trending topics and how audiences are engaging with their work. Asha Phillips, a former broadcast journalist and now the head of partnerships for CrowdTangle in the Asia-Pacific, recalled that the tool wasn’t built with journalism specifically in mind, but over the years, has proven to be especially valuable for the field. Journalists, social media managers and other strategists are using CrowdTangle to inform their decisions and content, and to create more engaging stories.

The panel How newsrooms can use CrowdTangle for strategy and discovery served as an introduction to the tool for the attendees and a short workshop later on exemplified its various uses with the help of real-world examples and stories that emerged with the use of the tool. Initially a small start-up that used to sell the tool through a licensing model but – after Facebook acquired it in December 2016 – the company decided to make the tool available for free to news publishers and media platforms.

Even though CrowdTangle is now a part of Facebook, it still provides insights from all social platforms. One of the most important features of the tool that emerged throughout the session is the user-friendly display where, despite all the data that goes into the insights presented, one doesn’t need to necessarily know data analysis or social media management to understand the basic trends.

The three main areas where the tool helps newsrooms are in discovering stories that social media users are engaging with, understanding and benchmarking social media performance, and identifying the most important influencers, like twitter accounts of politicians or celebrities, that are sharing the users’ content across social media.

After a brief presentation of the various things that CrowdTangle can help journalists with, James Morgan took over from Phillips. Morgan, a former journalist himself, is now the head of partnerships for CrowdTangle in Europe, Middle East, and Africa. Morgan shared an anecdote from his time as a journalist with the social media team of the BBC when CrowdTangle helped him discover a local news story which he insisted the corporation should have covered. The news story did really well, and Morgan was convinced of the potential that the tool has and what it could offer to journalists. This was followed by him inviting Karyn Fleeting, the head of audience engagement at Trinity Mirror, on the stage to talk about her experience with the tool.

Fleeting said she uses CrowdTangle every day and considers it very important to the work that she does. “It allows us to look at our network of sites, and see how they’re performing… as opposed to dipping into Facebook insights page by page by page,” she said. For a publisher like Trinity Mirror, which has more than 300 associated Facebook pages along with other social media platforms, it’s really useful to have a tool that puts everything in the same place and analyses it in a way easy for everyone to understand.

Fleeting and Morgan then went through some of the functions of CrowdTangle that Fleeting uses on a daily basis, thus effectively conveying the utility of the tool.

At the end of the session, Morgan invited audience members to visit the Facebook booth outside the venue, where he and Phillips would provide help with getting access to the tool and answer other questions.