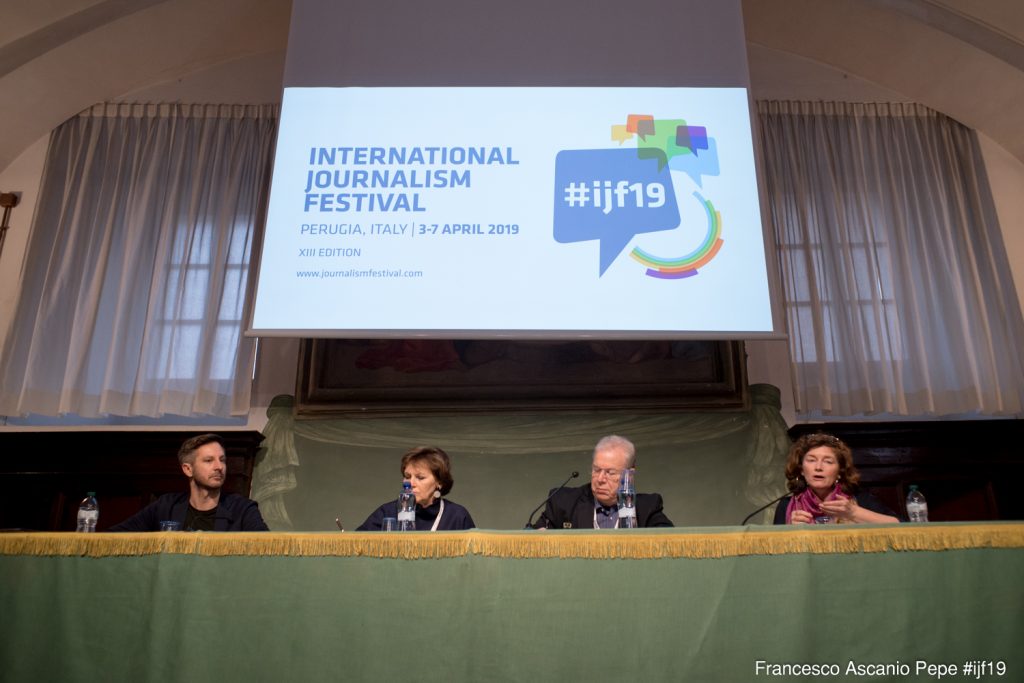 When it comes to covering Europe, journalists are mostly producing content within nation states for distinct national audiences. But one month before European elections, there are signs of increased demand for pan-European reporting in Brussels as well as across Europe, speakers agreed on a panel Pan-European journalism initiatives.

Each paper was free to use articles they produced in collaboration according to own habits. “The difficulties started when we got the copy back: because it was in six languages. Each one of us, of course, was going to publish this supplement in their national language which involves five translations which means money”, stated Kauffmann and continued: “We underestimated the language”.

This notwithstanding, they continued with their work which readers appreciated. “I think we realise now that we need to work together much more”, added Kauffmann, “It has made us aware that there is a need for this and there is also a readership”.

It takes a long time to build public space

Ryan Heath, the political editor of Politico Europe, who runs the election coverage, said that there is very difficult to engage readers with elections in narrative form. What his team does is to try to visualize and draft the story in 19 languages. “It is a total nightmare doing it but we got 10.000 new subscribers,” described Heath.

Politico Europe is running a series of four debates on topics such as climate and migration which are, in Heath’s opinion, a great way to drive a big general audience to discuss and build Politico Europe as a brand.

“At the end of the day, unless people can’t vote for a European president or really feel like they have some very control over who is being sent to Brussels […] there will always be limits on how much can journalism succeed.” said Heath and concluded stating that although it takes a long time to build public spaces, “all of this efforts are worth it even if they don’t give you the results in the very first round.”

Space for all Europe

The Guardian increased the number of people who cover Europe and launched the Europe Now series. “If we want a space for quality information across Europe as European citizens”, said Natalie Nougayrede, editorial board member The Guardian, “we will increasingly need to think about public interest information space for all of Europe”.

That, in her opinion, begins with journalists becoming more aware of that and looking for creating ways to this happened not just wait for the national media to come up with solutions.