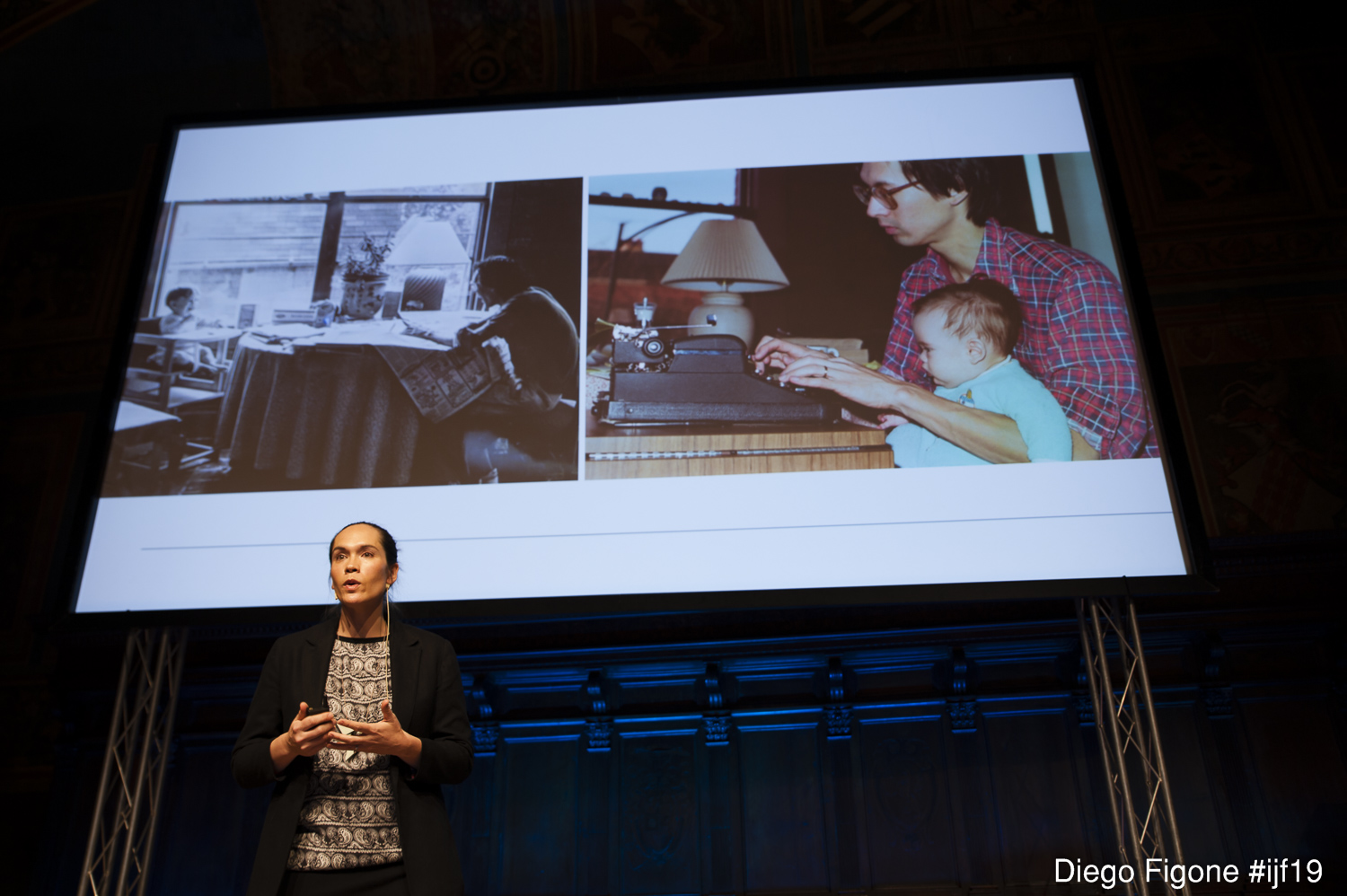 Introducing us to the Google News Initiative is Google News Lab’s director, Olivia Ma, who first explains her humble beginnings in the world of journalism. As “the daughter of a newspaper man,” Ma would take her school class to visit him in the newsroom as a child, where he would show them what went into producing a newspaper the ‘old-fashioned’ way.

Her father’s career is where her appreciation for seeing the world from multiple points of view came from, and why she too found herself working in the world of news: “growing up, my family was always discussing and debating what was happening in the world, we would sit around our kitchen table and really talk about the news of the day and why it mattered.” Alongside a journalist for a father, Ma’s mother was a lawyer which gave her grounding and respect for “the values of objectivity and truth.” Her father was the first editor of the Washington Post online, and after his passing in 2011, she decided to continue his legacy “albeit from a really different vantage point.”

When Ma was in college, she decided to focus on what comes next in the age of technology: “I decided I wanted to dedicate my career to thinking about the future of news.” So, after a year as YouTube’s first news manager, Ma jumped at the opportunity to work with journalists, publishers and students globally to figure out how technology can “build a stronger future for journalism,” which is how, five years ago, the Google News Lab was born.

What is the Google News Lab?

The Google News Lab team is comprised of journalists, former journalists and journalism enthusiasts from around the world whose goal it is to teach newsrooms how to “fully take advantage of technology.”

What is the Google News Initiative (GNI)?

Ma describes the GNI as an “umbrella effort to bring everything that we’re doing to collaborate with the news industry under one effort.” Google’s mission is to “organize the world’s information and make it accessible and useful,” which they believe reflects what newsrooms around the world also want to achieve in the digital age. The GNI aims to empower journalists and provide trusted information in a way that’s easy to find and access, most importantly during elections and breaking news situations. They also want to take advantage of the willingness they’re seeing to “pay for content in many markets for news online,” in order to provide financial sustainability for the industry.

Urging how deeply Google cares about journalism, Ma explains that the company believes “a rich and healthy news ecosystem” is a beneficial to everyone involved in the process, from those creating to those consuming and the rest of society.

Ma acknowledges that some may feel sceptical towards the GNI, she also outlines the two business incentives Google has for launching this project:

With those business incentives in mind, Ma believes the future of journalism and the future of Google are “inextricably linked.” Put simply, they think that one day, one will no longer be able to survive without the other, despite the challenging time of the digital era.

In addition to training 150,000 journalists in-person with funding from Google, the GNI’s first year has seen $120m out of the initiative’s budgeted $300m, pledged to over 350 organisations located in 70 different countries. Ma says the funding is being given to “efforts we believe will accelerate our progress.” Part of this money has gone towards looking at new ways of providing digital advertising as business models shift, especially subscriptions and reader revenue. The Reuters Institute’s annual survey concluded that, in 2019, subscriptions will be their primary revenue focus.

From this survey, the GNI launched ‘Subscribe with Google’ – a “seamless sign-in and payment flow that allows users to use their Google account to subscribe to news publications across the web.” The idea is to eliminate the need for multiple accounts for each subscription which limits the need for more passwords and more places with your card details, additionally, ‘Subscribe with Google’ doesn’t limit the number of devices you can sign into with the same account. Early results from data tracking are already showing “notably higher” conversation rates for subscription and engagement – more than 20% of what it previously was.

The GNI have also committed to helping users “reach informed conclusions about the issues of the day,” using a three-pronged approach:

Despite the official GNI being in its infancy, this commitment began in 2016 around the time of the USA presidential elections, when Google partnered with journalists across the country to create a “collaborative reporting project,” known as ‘Election Land’ which tracked problems at polling stations at a time when Ma says “misinformation was not necessarily on everyone’s radar.” Meaning the project didn’t exactly focus on dispelling misinformation, but was more of a test-run at how news outlets can work together during these times.

After the USA elections, they had a “broader awareness” of challenges with purposeful misinformation, so before the French elections, they launched ‘FactCheck’. This project brought 37 newsrooms together across the country to “collectively and collaboratively debunk misinformation and hoaxes.”After the success of ‘FactCheck’, they launched a similar tool in the UK and in Germany. Last October, in Brazil, they launched “the largest journalism collaboration that’s ever been done.” 24 news outlets in a variety of specialisms, some of which are rivals in the ordinary news sphere, came “together for the collective common good of citizens ahead of a crucial election broke down all those barriers, and people were willing to collaborate and work together because they knew that we would be better off if news organisations were working together to collaboratively fact check and verify misinformation”. This reached over 20 million Brazilians and gave them unlimited access to quality information and allowed them to ask questions with through a WhatsApp channel.

The GNI is currently working with several organisations across Europe on similar tools called ‘FactCheckEU’ and ‘First Draft’ ahead of the EU elections this year. With $180m left of the GNI’s initial funding, Google is committed to funding and promoting collaborations between news organisations and providing access to factual news for those confused by the constant outpouring of misinformation, while also finding innovative and practical ways to continue financial growth for both Google and it’s partner news organisations.