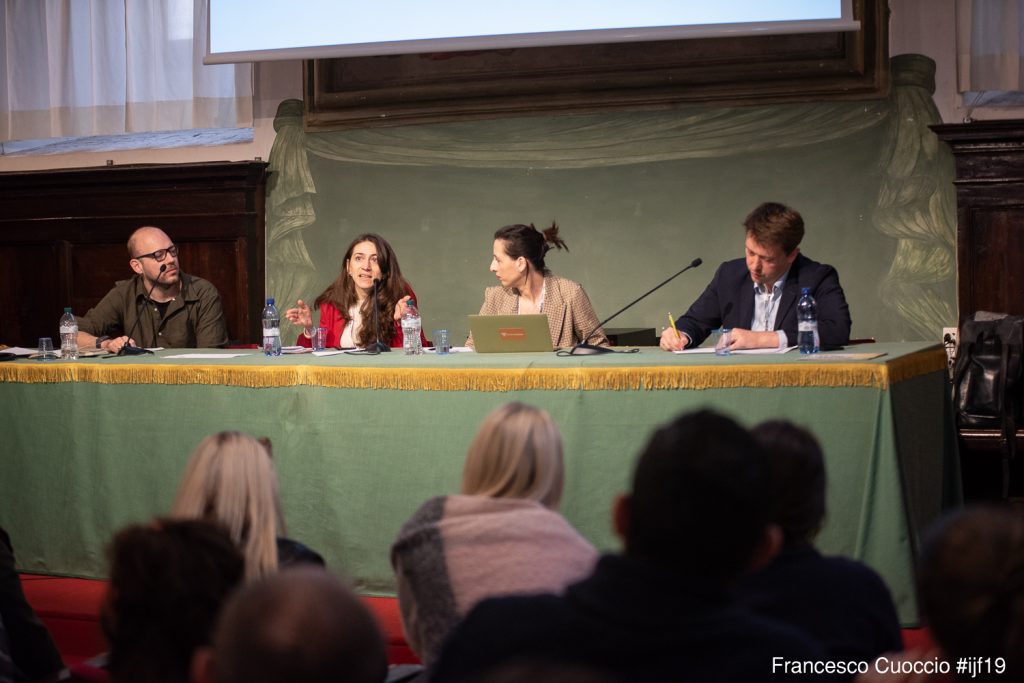 The curious case of journalism in Ukraine has been a source of fascination for journalists and viewers alike over the years. As Ukraine stands at the verge of a sensational presidential election, speakers at the International Journalism Festival discussed the role of media in the country set against the contemporary political scenario. The session, held shortly after the fifth anniversary of the Crimean annexation, was addressed by Chair Media Development Foundation Jakub Parusinski, Co-founder Hromadske Anastasiia Stanko and freelance visual journalist Inna Varenytsia.

Moderator Jakub Gornicki, who also is the co-founder of Outriders, asked fellow panelist Parusinski to explain the media landscape in Ukraine. Parusinski began by calling Ukrainian media a microcosm, functioning on several frontlines, from fake news, astroturfing, misinformation and billionaires having hegemony over media in the country that is fighting a proxy war with Russia. Interestingly, things took a turn for the better since 2014 revolution, as new media startups, innovative methods, means to do great journalism and fantastic content gained prominence, he said.

Another panel speaker Anastasiia Stanko said that when Crimea was annexed by Russia many journalists covered the issue and more than 80 were kidnapped by its armed forces. She revealed that she was also among those who were captured and spent three days in a basement, calling the experience dangerous and terrifying. Stanko said that now Ukrainian and foreign journalists do not go cover issues in the annexed territory and Donbass, adding that only Russian journalists are aware of what’s happening on the ground. She said that Crimea is not an easy area to cover when Ukraine is at war with Russia, including ts propaganda, fake news, trolls etc, while on the other hand, the Ukrainian government asks the media to remain patriotic and work in unison against Russia.

The Co-founder of Hromadske said that her country has not seen much of an independent media, and that the biggest TV channels are owned by oligarchs with their own vested interests. Stanko continued that the media should cover issues pertaining to corruption in the army and in the presidential government, but that is not the case. It is difficult to find out who is a real journalist in these times: best case scenario, many can be described as “useful idiots”, worst case “the hand of Kremlin”, said the speaker. She said that being an independent media organization in Ukraine is not a coveted position, as for instance Hromadske was famous at first and gained trust of its viewers, but many people do not want to know other facets of an issue. They are only interested in black and i.e: Ukrainians are good and Russians are bad, she added.

Meanwhile, Inna Varenytsia expressed an optimistic view by saying that Ukrainian journalists still have the opportunity to show what is happening and they just need avenues to do it. “We have a huge difference between the Ukraine and Russia media situation. Ukrainian journalists have an opportunity to show what is going on inside our country. Sometimes, we just need a way to do this.” 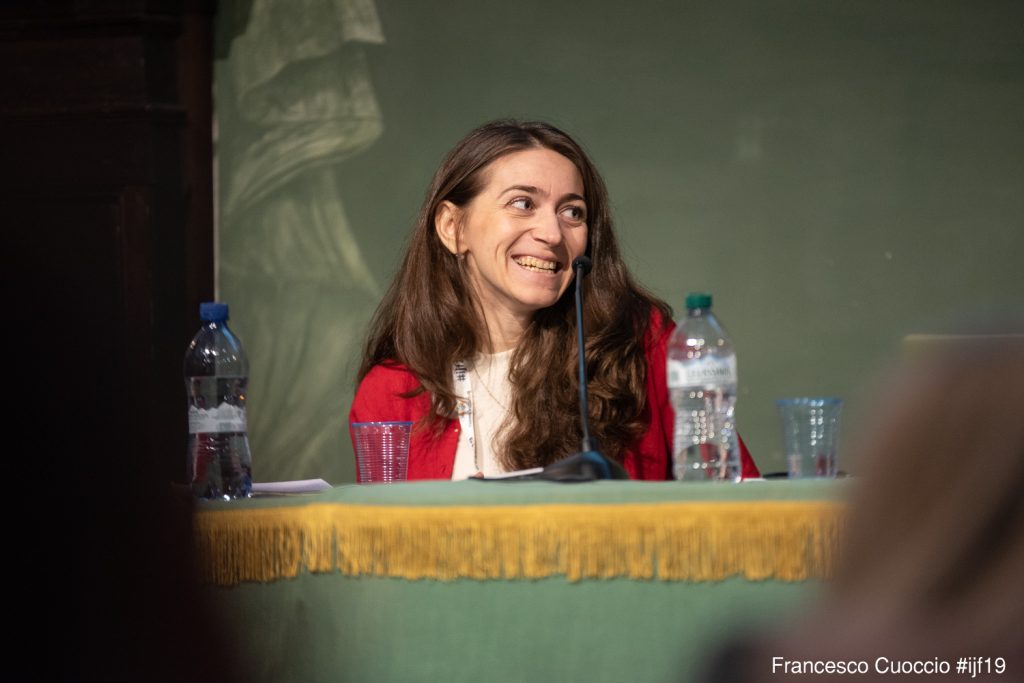 She said that because of war there exists an internal censorship, as media does not want to do anything against the country’s interests and if one compares the TV media to the digital media then ‘we will have two different countries”. She explained that it is still important to find pertinent angles in issues related to Ukraine and how the country is important to Europe due to its border with Russia.

In his turn, Parusinski said that there exists a huge divide in media due to the control under the oligarchs, and as per his knowledge there are seven to eight oligarchs who completely dominate media, making it very hard to find neutrality. He continued that there is also a fast burgeoning digital media growth as it is independent and has novel ways of organisation, adding that these people are rethinking media in Ukraine. Varenytsia highlighted another crucial aspect of journalism, by saying that Ukraine has great investigative teams, that even investigated about the Ukrainian president and his offshore company. She said that people do not have a staunch believe in anti-corruption cases and proceedings, so nothing really picks up.

The participants also discussed the recently-held drug test challenge between President Petro Proshenko and his opponent comedian-turned-politician Volodymr Zelensky. Stanko said that the media broadcasted the tests online on YouTube, with 35,000 watching the president taking the test while Zelenksy’s test was viewed by 36,000.

While speaking on the upcoming polls in Ukraine, she said interesting times are ahead. The panelist jokingly said that Zelensky, who rose to prominence by portraying a history teacher who becomes president in a Netflix series, has a villa in Italy of 15 rooms, which he said he forgot to mention. “Sometimes it happens,” she said in a humorous tone. She added that when Hromsadske used to do its work as an independent media, it received criticism and hate as well from Proshenko-bots.

On what should media do to cover important topics, Varenytsia opined that there should be a mix of stories, constructing a connection between the people of Ukraine and the foreign media. She added that there should be talk about Ukrainian refugees and stories with a human angle, depicting several ‘portraits’ or angles. She further said that the media under oligarchic influence manipulates people and moods can easily be heated up.

Stanko said that in the case of Crimea, politicians do not talk about the issues because they do not know what to do about the matter and they don’t want to raise it up with the ombudsman as well. She recalled that for raising issues in Crimea they faced criticism as they were likely to be accused of being in cahoots with Russia. The audience also does not care about the problems of the Ukrainians in Crimea, even though it isn’t impossible to go cover this issue anyways, she explained.

On the ending note, Parusinski said that journalists can redefine the role that they can play and restrictions on the media can serve as an impetus for creativity and create new ways to engage with the audience. “Journalists do great work, but they don’t see the impact,” he stated.