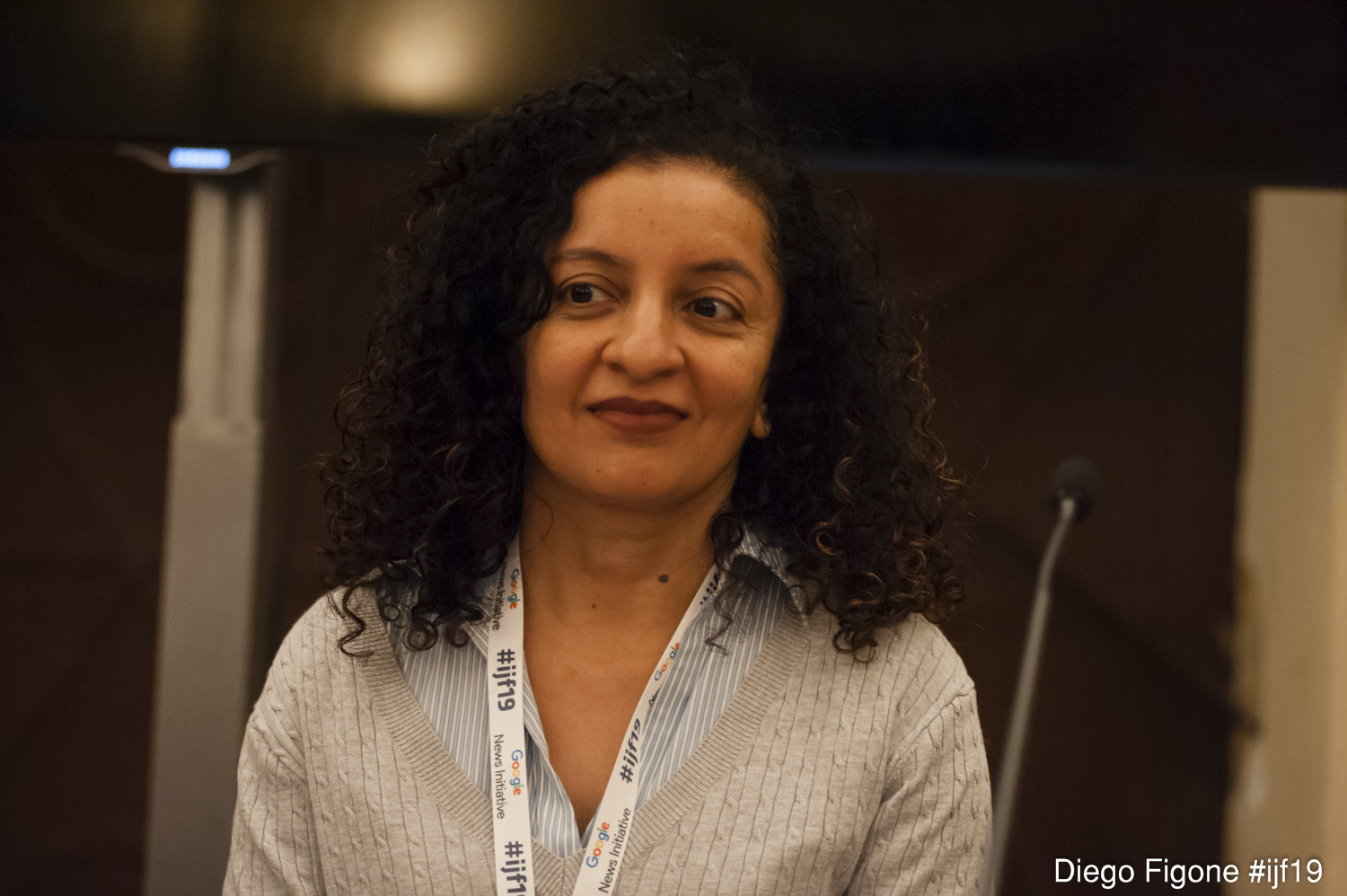 “Let’s not accept the abnormal as normal.” This simple and yet powerful statement by Joyce Barnathan, president of the ICJF, captures the soul of the panel discussion “#metoo in the global South”, hosted by the International Journalism Festival in Perugia.

Talking about a different incident, she remembers when a top editor flirted with her, and she didn’t flirt back. “I suddenly found my name taken off bylines of stories. There was no recourse for me to complain or nothing for me to say.” In the 1980s, as a correspondent in the Soviet Union, she was invited by a source to meet his family. The man had also been collaborating with the previous correspondent and appeared friendly, so she accepted the invitation. “He picked me up, took me someplace, you know, to his home, of course there were no family members there and, you know, he proceeded to be all over me”, she recounts.

Her experiences let transpire a sense of powerlessness, caused by how she internalized the abuse that was normalized in her work environment. When sexual harassment is normalised, women are less likely to report. This changed in October 2017, when #MeToo movement, campaigning against sexual harassment and sexual assault, spread internationally as a hashtag on social media. It shed a light on the widespread abuse experienced by women all over the world, and resulted in a surge of solidarity and in sexual abuse allegations towards several men in positions of power, most notably Harvey Weinstein.

The panel covered how the #MeToo movement spread to the global South, in a conversation lead by Barnathan with  Mercy Juma, a broadcast journalist at BBC Africa based in Kenya, Priya Ramani, an Indian journalist and co-founder of Mint, and Mijal Iastrebner, co-founder and managing director of SembraMedia,  a non-profit dedicated to improve diversity in the Latin American, Spanish and U.S. Hispanic markets.

The panelists didn’t only report on the phenomenon but were also part of it: Priya Ramani, for instance, levelled allegations of sexual misconduct against former Union minister M J Akbar. When the #MeToo movement caught on in India in October last year, Ramani, who had already shared her story in a previous article, chose to finally name the man, which cost her a defamation charge. However, she also received astonishing support: not only her story was hardly doubted, but other women came out with multiple accounts of alleged sexual harassment by the same man when he was working as a journalist. People offered to crowdsource money for her legal defense, and women who hadn’t spoken out before volunteered to testify at her trial.

According to Juma, unfortunately, the situation is quite different in Kenya and in Africa, where the #MeToo movement didn’t have a lot of traction. The reason behind this is that women, especially from poor and rural areas, don’t feel either safe or even entitled to speak up and name their attackers. In fact, in the deeply-rooted patriarchal society they live in, men are revered, not challenged. It’s difficult to generate a wave effect of “me too” when women are still fighting against child marriages, genital mutilation, and rape used as weapon of war.

How can women find their voice when a girl, found in a forest, brutally murdered, is blamed and called promiscuous because she had a relationship with the local governor? Kenyan (but not only) media are keen on victim blaming and often miss the focus of the story. The word “femicide” is rarely used, because of the underlying male-centered perspective which is uncritically defended, not only in the news, but also in society and in the judicial system. As Juma reports, women don’t speak up because they don’t feel listened to or valued by a system which, when it comes to justice, takes more than twenty years to conclude a rape case.

When it comes Argentina, Iastrebner underlines the existence of multiple movements that came before the #MeToo campaign, among which the most popular is Ni una menos (Not one less), which was founded between 2015 and 2016 by a group of female journalists after statistics showed that in two years (2014/15) femicides had increased from one every 30 hours to one every 18. The movement went to the streets and still does at least four times a year, this is why the #MeToo campaign felt just like the natural continuation to this journey. In a recent case, actress Thelma Fardin reported being raped by her colleague Juan Darthés while they were on tour in Nicaragua. Her courage started a broader conversation on sexual harassment and abuse in Argentina and inspired other women to do the same, like, for instance, one of her colleagues who also reported Darthés.

All panelists agree on the benefits which were brought by #metoo, be it the increased courage to speak up or the multiple digital platforms available for women to feel safe and supported like, for example, Iastrebner’s Sembramedia. This platform is devoted to improving diversity of Spanish voices in the media, by offering business and technical training to journalists and other social entrepreneurs.

All these ways to fight against sexism have to be employed on a daily basis. As explained by Juma: ”It starts with small acts of bravery,” like being able to call out a boss who is making advances and repeating that all is normal and should be kept that way. She calls out the atrocities  against young women and men: “It starts with you, it starts with us.”