A celebration of the critical and good work that journalists do all around the world, in this day and time, where the abuse and manipulation of truth is a part of the global playbook, organized by the Canadian Journalism Foundation, World News Day is a rallying cry to bring the world together to pause, recuperate and revel the work of journalists worldwide. 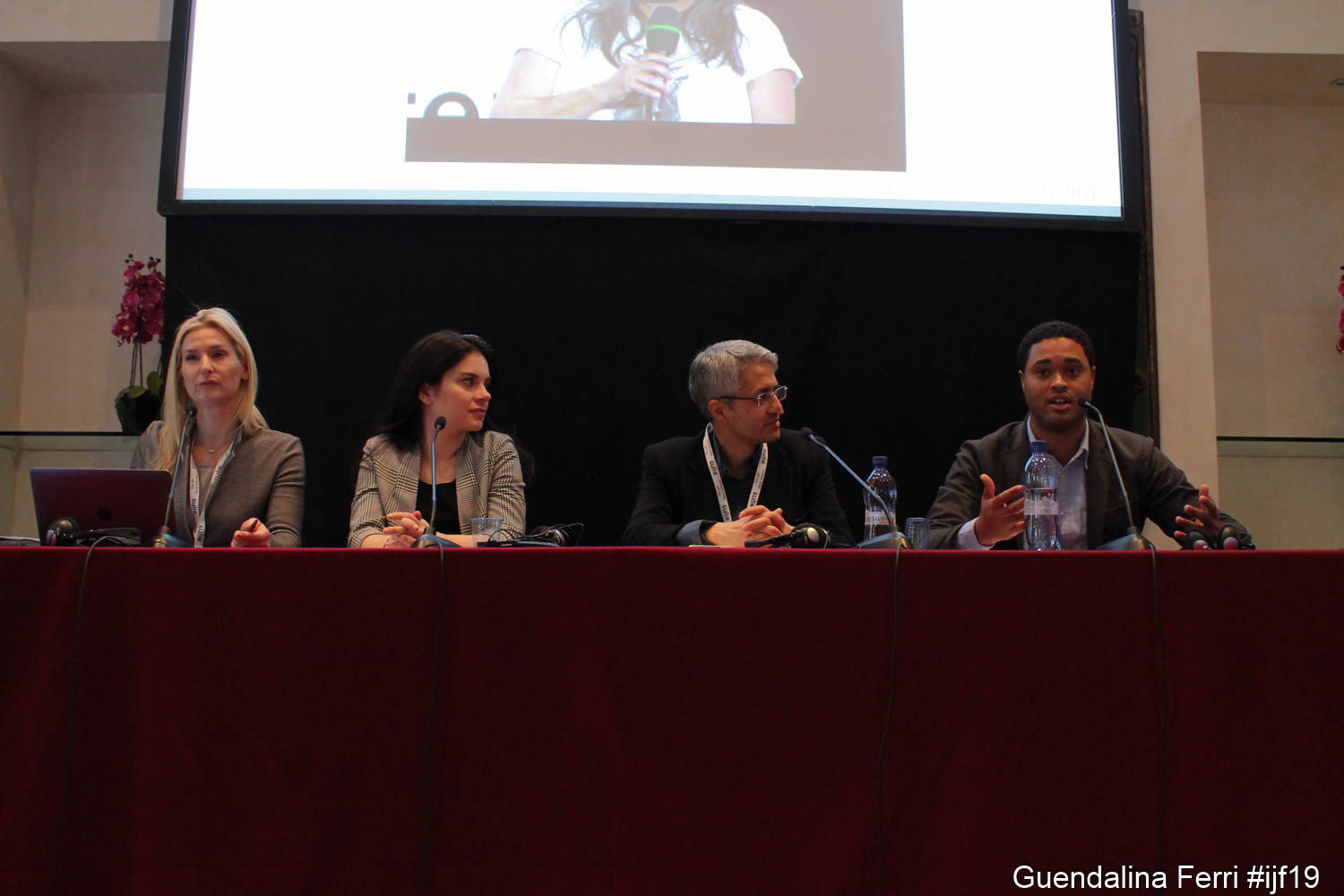 In a panel with Madhav Chinnappa, director of news ecosystem development Google, Robyn Doolittle, investigative reporter at The Globe and Mail, Solomon Elliott, founder of The Student View, and Natalie Turvey, president of The Canadian Journalism Foundation, World News Day was introduced. The first celebration held on May 3rd 2018, and the second one coming up very soon, the four panelists shared their stories and experiences in the world of journalism and what makes them attached to the cause personally and professionally.

Starting with Robyn Doolittle, she highlighted her experiences with her readers and sources during investigations for her pieces. She reiterated the fact that often, in her experiences, she realized that the audience was prone to believe what was published, unquestionably, and were substantially unaware of the processes of verification used in traditional newsrooms. Later in the discussion, she also gave an example of a story published in Gawker, versus one elaborating the same theme on the Toronto Star, which was significantly more researched than the previous. Upon conducting a poll, it was revealed that the story by Gawker was believed to be true, whereas the audience tended to believe that the one published by the Toronto Star was fabricated. To which Doolittle added, “How do they (readers) think newsrooms work? We’re not even organized enough to make something up that quickly.”

Her solution to this issue comes through the celebration of World News Day, where, for at least one day a year, the journalists and the readers get an opportunity to interact and ask each other questions. The journalists get to explain their side of the story and the way newsrooms and verification works, and readers can ask questions and provide insights to journalists that they might otherwise be unaware of. She also mentions that an important part of it is also to put the focus back on the people, and the sources and the sacrifices made by them.

Adding his thoughts on the World News Day initiative, Chinnappa talked about his personal as well as professional attachment to the cause as a part of what Google is trying to do through the Google News Initiative. For him, “this is really about trying to reclaim the narrative of the news”.  He believes that the current narrative of news has been deeply negative, with attacks on its legitimacy and fake news crises. Chinnappa has worked in the news industry with Associated Press and the BBC, thus he feels closely attached to the cause and his vision for it is to reclaim the legitimacy and power of journalism and the news industry.

The fourth panelist, Elliott, started with a bit of context to his side of the story where he introduced The Student View, a media literacy charity that creates newsrooms in schools across the UK. Founded in September 2016, it has now scaled to a national NGO with support from Google and the Financial Times. Being an educator, Elliott realized the low rates of media literacy among students in the UK and drew inspiration from the idea of “World Book Day”, which helps encourage students to read more. He felt that something like World News Day could be beneficial for the students as well. On pitching his idea to a colleague, he was recommended to get in touch with Natalie Turvey, who started the World News Day initiative last year, after which he was on board the initiative to influence more people, particularly to impact the students.

Finding Jeff Jarvis in the room, the panelists asked him to make a statement about his views on World News Day, where he said, “I think that with trust at an all-time low, and we’re working on that, we’re working on projects about quality, it’s just simply important to talk about the value of journalism. But I am also enthused that we’re not going to do that in the way that the industry is doing too much. The industry says you act like it was always trusted, but it wasn’t, it acts like you should trust us, [but] we have to earn that trust so I think that’s what the value of [World] News Day is, to show those cases where we do earn that trust. I also like that it’s international […] I think that’s valuable and I’m glad that you’re using both media outlets and journalism schools to do this together.”

Turvey also discussed the future of World News Day and their plans for this year on May 2nd, 2019 and coming years. She presented the five ways laid out by the team to connect with the audience and get more ideas to add to the list. For a news organization, the ideas included running a World News Day ad, sharing stories of why #NewsMatters on #WorldNewsDay, soliciting an opinion piece from a source that has been impacted by journalism, devoting an editorial to why #NewsMatters and opening up the newsroom to the public.

Conversations with the audience further revealed why this initiative is much needed today. The trust levels amongst the audience have been significantly low, people no longer consider journalism with the same power and respect as they would potentially 10 years earlier. Sharing her experiences with the spread of misinformation, Doolittle added, “its like we’re up against unicorns, […] we all know confirmation bias and want to believe things that fit our own worldview”, she explained how news online is getting harder to believe potentially because the audience is unable to believe the “unpleasant boring truth”.

Getting beneath the surface level of the trust levels going up and down and integral to understanding the situation of journalism today, journalists often tend to forget that trust is a factor that is hard to earn and easy to lose. Knowing this it is important that newsrooms open up to their audiences and give them at least a window of understanding to the processes and systems of Journalism, in an attempt to gain back the lost trust.