Last year alone, the United States saw 24 school shootings resulting in injury or death, with 35 people killed. One of the most devastating happened on 14th February 2018 at Marjory Stoneman Douglas High School in Parkland, Florida, killing 15 students and two members of staff, and injuring a further 17.

“There’s not a day goes by…that we’re not reminded of the shooting,” says Marjory Stoneman survivor Jaclyn Corin, speaking at ijf19 on Saturday evening. “In just six minutes and 20 seconds, my town became the epicenter of the world, as 17 hearts stopped beating .” Yet, the US has failed to reform its gun policy as a result of the tragedies, with school shootings continuing to occur on a regular basis. “Perhaps the one thing worse than the continued gun violence in America is the normalisation of it,” says Corin. “We are coerced by continual propaganda into believing that this reality cannot be changed, as guns have been totally and completely fused into our culture.” 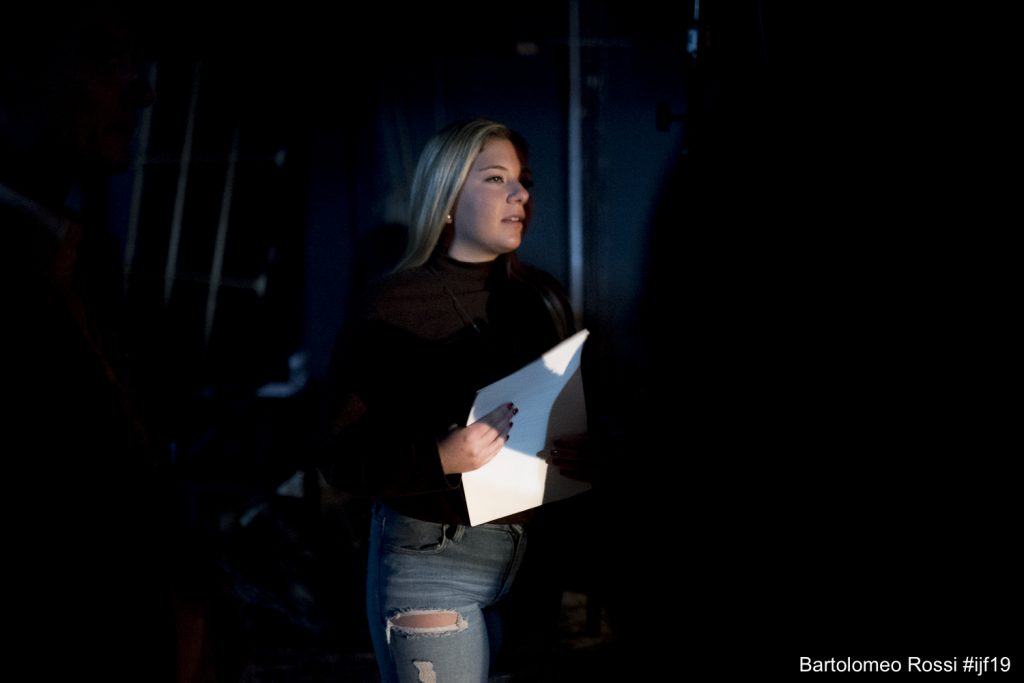 In the aftermath of the shooting at Marjory Stoneman Douglas High, Corin, and fellow student David Hogg, also speaking at ijf19 on Saturday evening, felt compelled to take action. Hogg, who was involved in student journalism at school and aspires to be a journalist, did the only thing he could think to do in the immediate aftermath of the attack. “I thought to myself: Hopefully, our voices would be able to carry on to create some kind of change in a country that clearly needs it.”

He took his camera and began to document the event. “I ran out there and filmed everything that I could and interviewed as many people as I could after the shooting happened, to make sure that I was able to capture from a student journalist perspective, and student perspective, what had happened that day,” he explains. “I didn’t want anybody else to tell our story.” He was determined that the shooting at his school should not be forgotten. Corin felt a similar need to act. “I couldn’t sit back and watch the gun lobby win once more,” she says. “I couldn’t allow the ever-lasting list of mass shootings to continue to grow… I needed my still-beating heart and my still functioning brain to be used for something that would benefit others .” And a mere 38 days later, together with students from around the US, they held the March For Our Lives, which saw one million people come together in Washington DC on 24th March 2018 to demand change to gun policy and prevent further deaths. It became one of the largest youth-led movements in American history , and was held in conjunction with over 900 other marches all over the world calling for an end to gun violence.

In summer 2018 they took the movement around the country, visiting 100 different cities and over half of US states on their Road to Change tour, spreading their message and rallying support for the need to put an end to gun violence. “The participants on the tour were not only students from Parkland, Florida, but from all over the US, giving a platform to students from communities that experience everyday gun violence,” says Corin.

The movement grew at an unanticipated rate; using social media to spread their message, they quickly rallied the support of millions from across the US and beyond. “Our social media platforms blew up, and got more eyes than we could have ever predicted… We expected just 90 people to come to our march when we first announced it,” explains Corin. “[Social media] became our number one tool to connect with organisers that were just as passionate to end gun violence in their communities.”

A call on the media

The March For Our Lives movement has already seen a real impact: in November 2018 the US mid-terms saw the highest turnout of youth voters in 25 years. “Months after the tour, young people were still getting inspired to make a change in their communities.” And key to the success and growth of their movement is the media, who they call upon to give young people a voice. “We couldn’t have done it without journalists who were ready and willing to let us share our stories,” stresses Corin. “Instead of owning the narrative for us, they gave us the space and the platform to speak our own truths. The most useful thing for media to do is to give a voice to young people.” 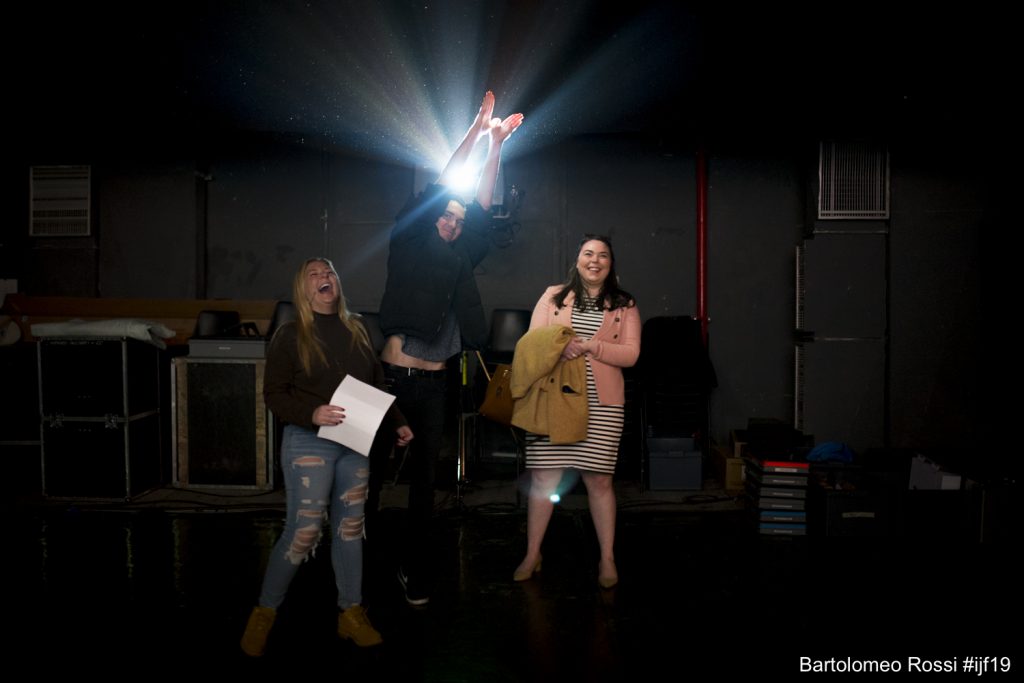 Hogg, who is currently taking a break from education to spread awareness of the need for young people to mobilise to put an end gun violence, calls on the media to speak directly to those affected when covering the issue. “When you’re talking about gun violence, talk to the people that are actually affected, and listen. Especially if it’s young people; don’t just right them off because they’re young .” He also stresses the need for social media platforms to have more accountability when it comes to the spread of misinformation. “There were massive misinformation campaigns against us,” he explains. “They radically manipulated our story; they radically manipulated my story to make it seem like I wasn’t at school that day.”

Those driving the March For Our Lives movement have received thousands of online death threats since its initiation. “The misinformation that is spread online does have consequences, and we need social media platforms to be held accountable… Because it does get people killed,” says Hogg.” Finally, he adds that journalists shouldn’t be intimidated by backlash either. “One of the most important things that I’ve realised over the past year is that politicians don’t do shit until they’re afraid. As a journalist, I hope you realise that if you start getting threats from politicians… You keep following that, because they’re f*****g scared .”

You can find out more about the March For Our Lives movement on the website: www.marchforourlives.com.