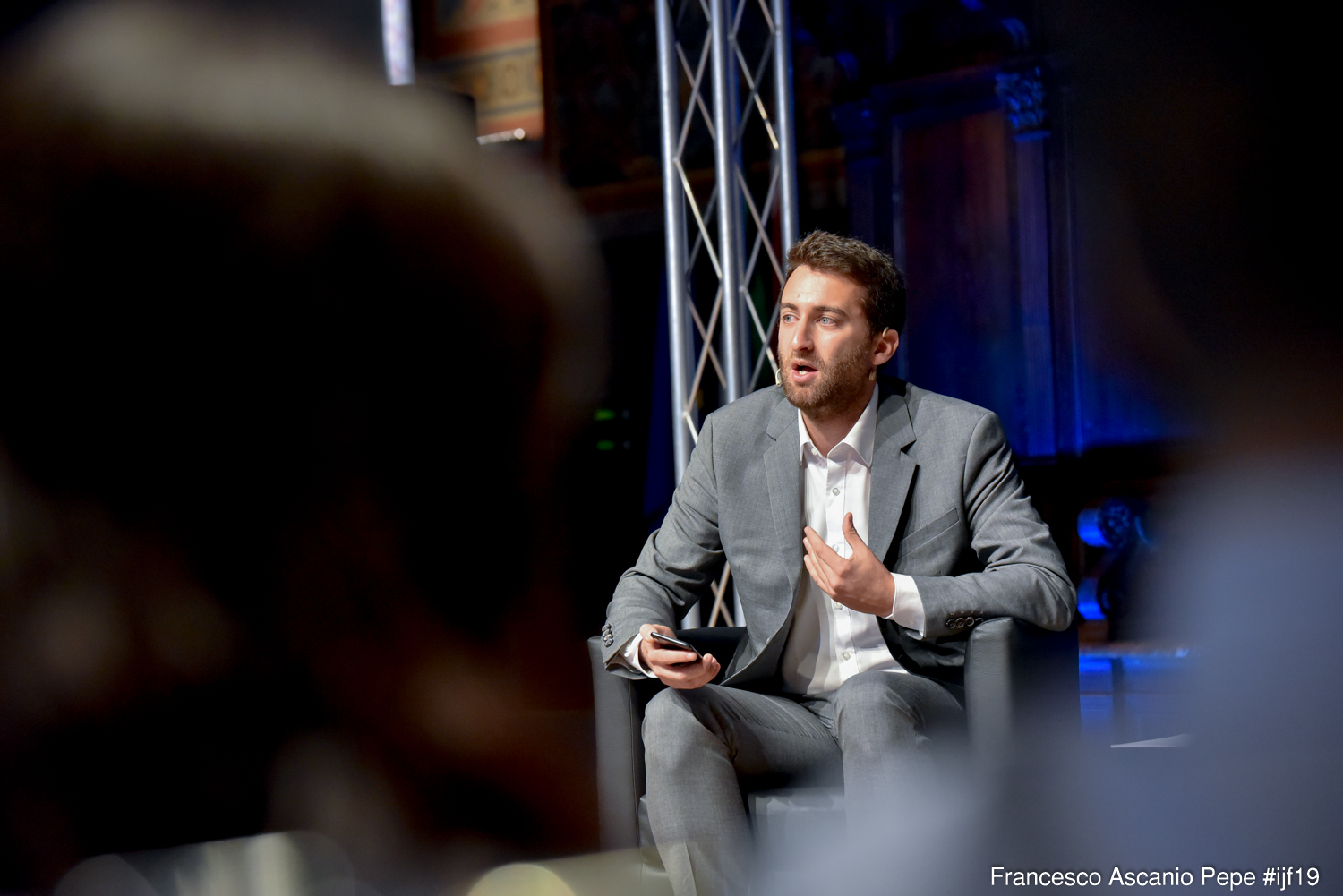 18 months ago, Matthew Caruana Galizia heard an explosion and found out that his mother had been murdered. On Saturday, he talked to a full room during the International Journalism Festival in Perugia and introduced 15 lessons that he has learned since then.

After an opening by Mario Calabresi, an Italian author of a book about the assassination of his father, Matthew Galizia briefly introduced his mother Daphne Caruana Galizia, a Maltese investigative journalist. She was the first female columnist and the first person writing columns under her real name in Malta. As her son said: “she really broke a lot of boundaries and she wrote about things that people had never really written about before”. She was murdered on 16 October 2017 after 30 years of threats and attacks.

In his talk, Matthew Galizia highlighted 15 diverse points about his experience with fighting for justice. He hopes that they can be useful not only to families of murdered journalists but also to “journalists who find themselves in a position where they’re constantly being attacked and where they’re currently on the defensive. Where they’re facing libel suits, online harassment, physical harassment.” He learned these lessons in the past months when he and his brothers were fighting back against the ignorance of the powerful of Malta. He credited inspiration for these points also to other figures, including Timothy Snyder, a historian writing about fighting tyranny, or IJF speaker Maria Ressa. 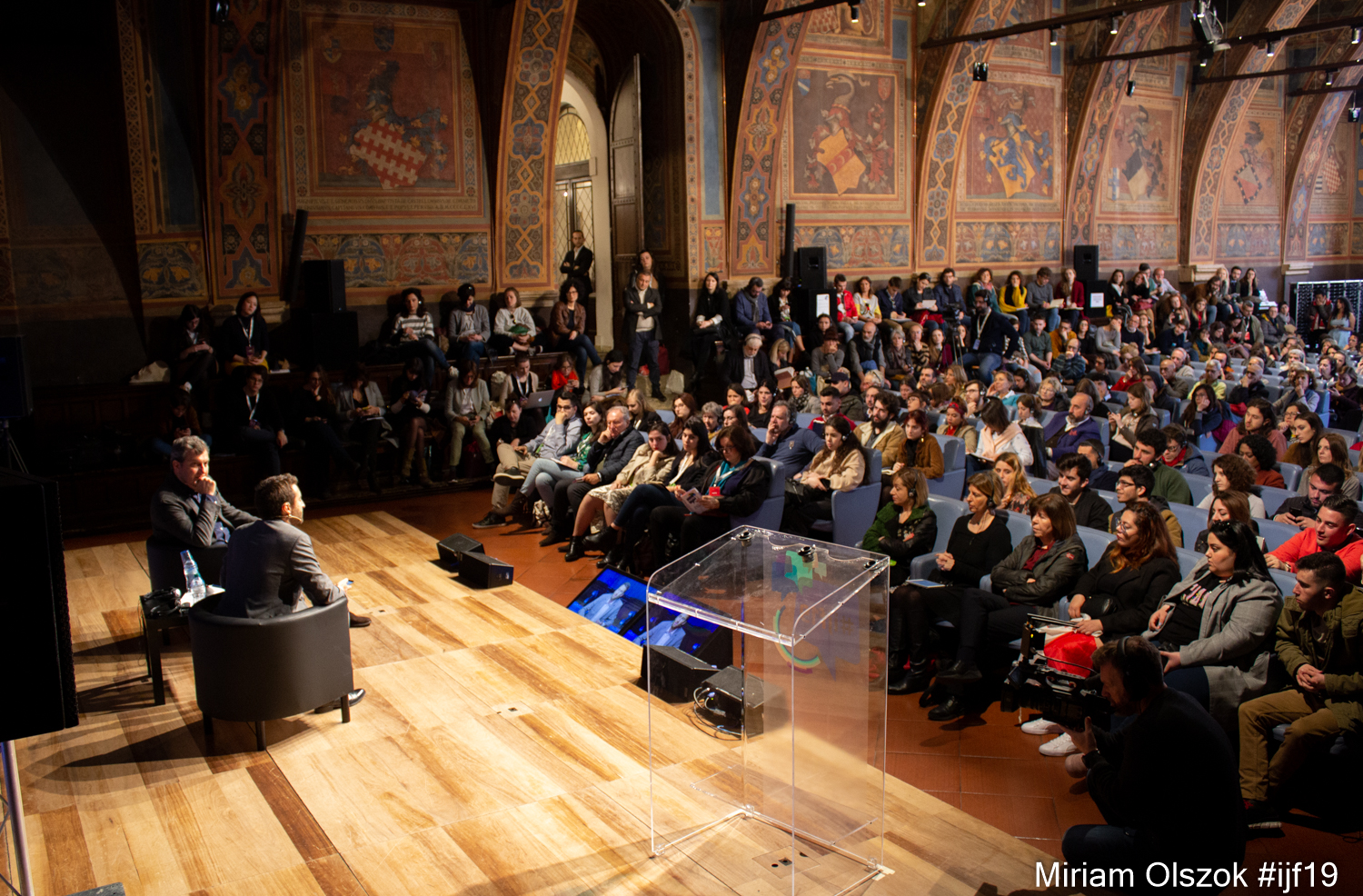 Matthew Galizia perceives a repetitive pattern across strong political reactions to criticism and journalists’ investigation. Daphne’s murder wasn’t the first murder of a journalist in Europe. The cases of Russian journalists Anna Politkovskaya who was murdered in 2006 in Moscow and Russian liberal politician Boris Nemtsov assassinated in 2015 helped the Galizia family set a right expectation regarding the investigation and prosecution of Daphne’s case. They expected that as in both Russian cases, low-level criminals would be arrested, and it would be framed as “mission accomplished”. And their expectation proved to be right.

Despite that Galizia family was advised to keep silent, they did the opposite. Similarly, as families of Politkovskaya and Nemtsov, they reached out to the Council of Europe to appoint a special rapporteur with a mandate to conduct a supranational investigation. Even though the rapporteur doesn’t have any executive neither judicial power, they can help to bring new pieces of evidence into the public domain and to look into state complicity. Although Galizia family had to lobby really hard, Matthew Galizia considered engaging politicians from supranational bodies “one of the single most important things that we’ve done.”

Immediately after Daphne’s funeral, Galizia family obtained training from former military professionals. “It was very practical and aimed at changing your behaviour in daily life. This helped us because it got us to rationalize the situation, we were in. It made us less paranoid and I think helped us keep balanced psychologically,” Galizia shared how they learned to differentiate immediate threats from insignificant matters.

Matthew Galizia noticed that politicians had a tendency to turn away from the relevant issues toward minority groups and issues such as refugees. He suggested that journalists should focus on the topics that have a real impact on the lives of Europeans and European political systems, instead of blindly following the agenda of governments. Furthermore, he acknowledged that many global investigations done in the past years successfully focused on corruption and money laundering.

Matthew Galizia pointed to the importance of family support. Although journalists are often seen as people who tend to work alone, he reminded that it was not the case of his mother that “had a very fulfilling family life”. The family still benefits from the close bonds in the fight for justice.

Beyond family, he also recommended having a friend support network. Simply: “be nice to people, engage them in conversation all the time. Even when you don’t feel like when you’re under a lot of pressure.”  He advocated for taking responsibility for colleagues. Emails, messages, and help from their support network keep Galizia family working and fighting.

Acknowledging that it “crosses the border what’s normally acceptable for journalists to do”, he sees an important value in talking with politicians and political bodies – “setting fires which have to be put out”  – and appealing for help from them. He especially highlighted collaboration with the United Nations Human Rights Council that has the power to force the government of Malta to respond to Council inquiries regarding the case. Furthermore, he expressed hope that internal discussions with low-level diplomats and government advisor force them to question what they do and whether it is the right thing.

Besides support from supranational bodies, Galizia family has sought assistance from Committee to Protect Journalists, Reporters Without Borders and European Centre for Press and Media Freedom, Article 19, Pen International and others. The first contact with them occurred only when Daphne Galizia was under serious threat in 2017. Since that they helped Galizia family to navigate the above-mentioned political bodies.

Matthew Galizia believes that “the crisis we are facing both in my country and elsewhere in Europe. Mostly on the sort of periphery of European countries like Cyprus, Slovakia, Bulgaria, Romania, Poland, Hungary, it’s not a matter of freedom of expression, it’s not a terrorist attack, it’s not a question of intolerance. It’s the crisis of the rule of law in Europe”. He warned that “governments are abusing human rights in order to weaken the rule of law”  and that they need to weaken police forces, weaken judiciary and weaken the media, so they can engage in corruption and ensure impunity.

Even though it is unfortunate, Matthew Galizia thinks that if no state repercussions follow major journalistic findings, such as Panama Papers, it is up to journalists and activists “to continue being the investigators of last resort and continue holding these people to account.” He suggested that the same mechanisms such as his family used could be reached to ensure justice.

Communication with any officials, such as police, should be done in a written form. For Matthew Galizia, it is a way how to hold the officials accountable to their obligations. International mechanisms can help in requesting written information about the case. “The UN Special Rapporteur for Extrajudicial Killings, a woman named Agnes Callamard,  wrote to the Maltese government the day after my mother’s murder requesting an explanation,” Matthew Galizia recalled and added that the response contradicted many public statements of the government.

“The government has almost limitless resources to fight you. So, we need to look for efficient legal ways to fight back against the government,”  Matthew Galizia advised and compared the fight to David and Goliath. He added that people had to develop a fighter’s mentality and never show any sign of giving up. They also shouldn’t be afraid to switch lawyers if they aren’t as effective as needed and fighting hard for their case.

Matthew Galizia warned against attacks on journalists’ credibility “that creates semi-permanent damage to your reputation”. It can be an effective strategy as when discredited journalists publish new work, no one trusts them. Therefore, journalists have to be careful as they are increasingly on display and they can become subjects of a reverse due-diligence.

Once again, Matthew Galizia went beyond the traditional role of journalism when encouraging to support activists for justice and against corruption and impunity. He thinks that journalists should accept that they depend on an ecosystem of different strands of journalists, including political commentators, politicians, and activists. “We cannot do our work within a vacuum.”