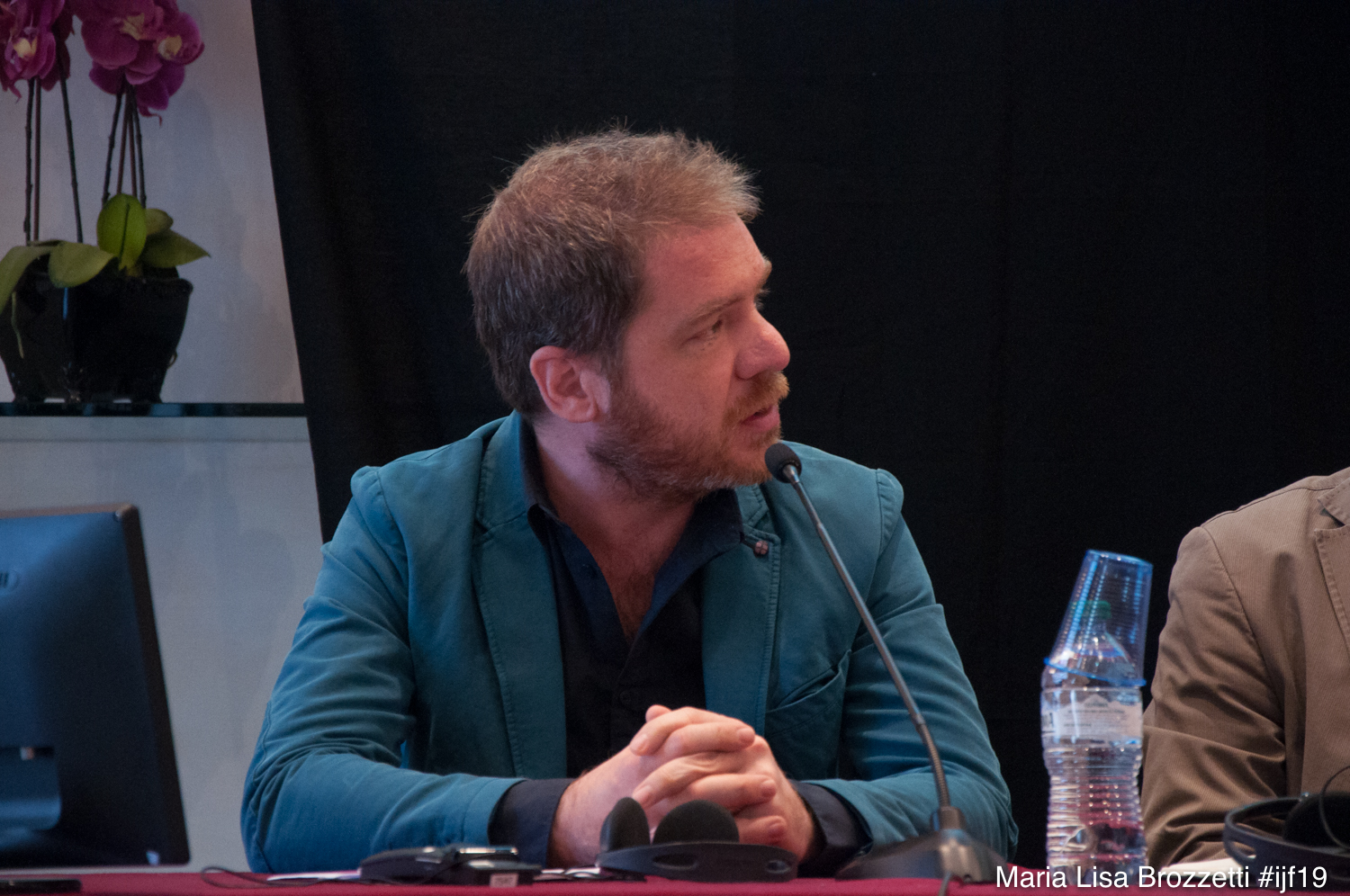 Hungary has become a difficult place for journalists and media in the last ten years. Outlets critical of Victor Orbán’s government have been forced to close or have been sold to pro-Orbán oligarchs. What is it like for journalists to work under the Hungarian regime?

“A huge part of the Hungarian media in favour of the Hungarian government is not seeing wrong or right,” explains Marton Gergely, editor of HVG, Hungary’s largest current affairs weekly. “They can’t see any wrongdoings from the side of the government, there can’t be pressure and if the remaining critical newspapers can’t reach enough people, there’s no pressure building up, so it means that there are no consequences,” he adds.

Marton Gergely is the former deputy editor-in-chief of most widely-read Hungarian daily Népszabadság which was closed in 2016 as a result of a politically-motivated hostile takeover connected to Hungarian prime minister Victor Orbán. According to experts, Orbán’s ruling Fidesz party controls around 90% of all media in the country.

“If you are working in an environment where you cannot fact check things because the institutions are relying on the fake news the government is spreading, your number one goal is somehow lost.” “You are ruining the public discourse because you should bring the facts, but you don’t have them,” explains Gergely.

The goal of controlling the media: re-election

To understand what happened with the media in Hungary we need to go back in 2008, says Andres Petho, co-founder and editor of non-profit investigative reporting center Direkt36. The financial crisis hit the media which was already in a weak position. Two years later Victor Orbán came back to power.

“His party, Orbán’s party, has always had a kind of contentious relationship with the press. They thought that the media treated them unfairly”, explains Petho, “so apparently they decided to settle the score”. Orbán’s party changed the whole regulatory landscape in 2010, appointed loyal people to legislative bodies and took public media, news agencies, TV channels, private media into a mouthpiece for a government, continues Petho.

Although the legal reform did not have a direct impact on the work of journalists, it still is very important, as explained by Marius Dragomir, director of Centre for Media, Data, and Society. In fact, it legitimates all the efforts made in the last nine years by the government to take over media outlets, which means, according to Dragomir, that “they’re trying to rule with the legal justification behind”. He maintains that it was a systematic effort to actually control as much of the media market to ensure one thing: being re-elected every four years and keeping access over the public resources.

However, in Europe, there has always been a problem with concentration of ownership. But what is changing with the Orbán model of oligarchy is that the concentration is shifting from ownership to influence which involves control over money, funding, and people in various positions.

“The walls between the state and the market are broken, at least in the media, but in many other fields I’m not getting into because it’s a very long story”, explains Dragomir. “Basically, you have a group of people in power that are moving freely between the government, as if the government was a private institution, and private companies who act like administration. At some point, you don’t exactly know who’s who because they operate into a much bigger structure. This leads me to the third point which is the fact that such structure at the end of the day denies the role of independent media because it transforms at least part of the media into an institution”, explains Dragomir.

In many ways, Hungary was a pioneer of populism rising throughout Europe which further evolved with the Brexit vote and the election of Donald Trump in 2016, comments Jonathan Stein, managing editor of Project Syndicate. It’s important to look at other countries because many are looking to replicate parts of this model, adds Marius Dragomir.

But why was it too easy for Orban to crushed the media?

“Maybe we did not do our job very well even before 2010 so I think that should change,” thinks Andreas Petho and Marton Gergely continues: “There is a credibility problem on the side of the critical media. The whole Hungarian intellectual media élite was obsessed with Orbán.” the problem is that a lot of people see part of media as part of the elite that failed them.