Friday afternoon at the IJF saw a panel of journalists with a focus on Egypt come together to discuss the present challenges faced by the media in the Middle East, and how to overcome them. As emphasised by Lina El Wardani, Travel Editor for Egypt’s national news website Ahram Online and moderator for this panel, “the challenges we used to face before [the Arab Spring] were very different to the challenges we’re facing now”.

“In 2011 when the Arab revolution started, the sky was the limit and we had a breakthrough in journalism in our region. There was nothing you couldn’t write about.” However, with a new geopolitical climate comes a new media climate, and the challenges now faced by journalists working in the Middle East require new mechanisms to overcome them.

In Egypt today, the media finds itself under constant threat of repercussions as a result of publishing adversarial content that is not in the interest of the regime. Lina Attalah, publisher of Cairo-based news website Mada Masr and member of Friday’s panel, comments that “it’s been harder and harder to do what we’re doing in terms of journalism in Egypt nowadays”. 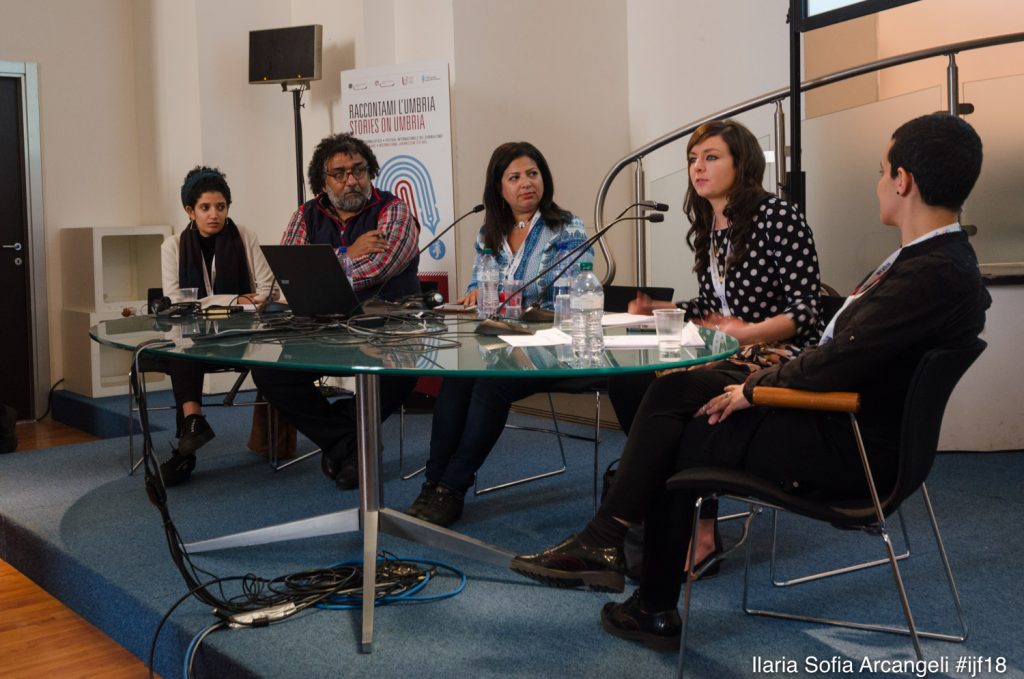 In March 2017 Mada Masr, which publishes bold content often critical of the Egyptian regime, was one of the first websites to be blocked in the country; today, around 500 have been blocked in total. “We have been told through informal reports that the reason behind the blocking is the fact that we’re publishing ‘false news’ and so on”, explains Attalah.

“There is a cyber-crime law that is in the making…basically to legitimise the authorities’ power to block any website based on content they don’t like. So that’s a major challenge,” she adds. But Attalah sees the main threat faced by journalists operating in Egypt today to be from “the basic work of going out and doing field journalism, journalism from the ground”.

Wael Abdel-Fattah, founder of new Egyptian media platform Medina, says that the regime has “created among people an atmosphere of hatred towards the media, simply because the meaning of the people to them is followers and 100% supporters.” Calling for a complete overhaul of the media in Egypt, he argues that “traditional journalism in Egypt and all the countries like Egypt must die”.

Middle East and North Africa reporter for The Times of London, Bel Trew says that she faced many threats whilst working as a correspondent in Cairo. “I know colleagues, foreign correspondents, who have written stories that they’re worried about and they’ve actually left the country whilst its being published for fear that they could be picked up. So that’s the kind of level that we’re talking about,” she explains. Trew’s work in Cairo culminated in her arrest and expulsion from Egypt in February this year. 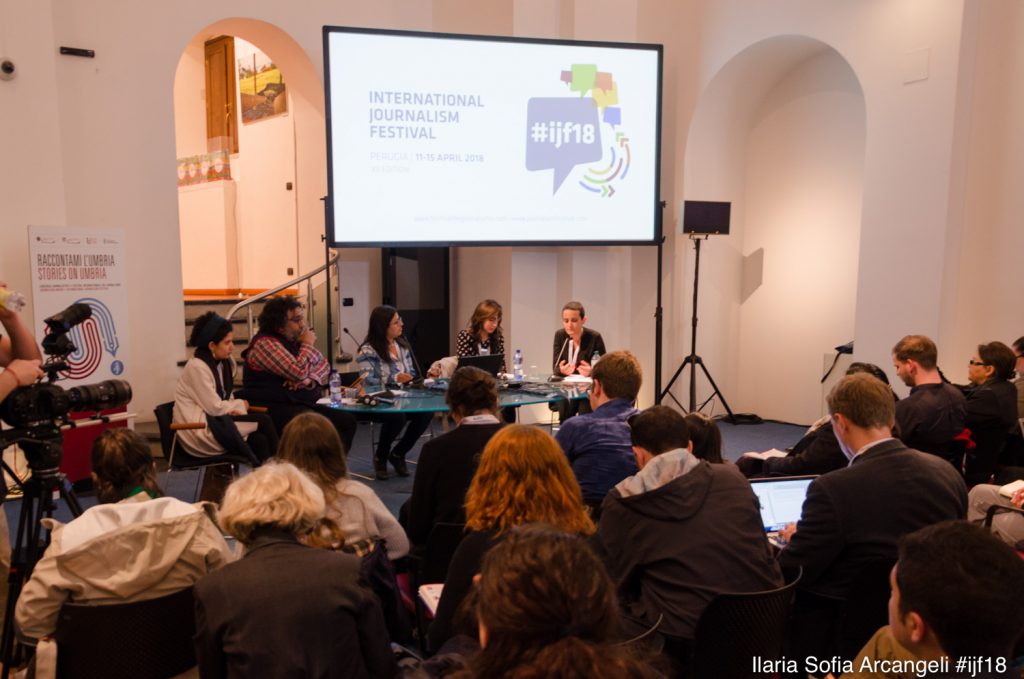 In such unnavigable and dangerous circumstances, what mechanisms can journalists adopt to protect their safety and do the best they can to bring the truth to the public? “Your emails are read, your phone is tapped, sometimes your apartment is watched,” emphasises Trew. Thus, encrypted apps, VPNs and so on are one essential way for journalists working in the region to protect themselves and their sources. However, as Trew points out, some forms of protection are no longer an option for journalists working in the Middle East: “When I go to into countries like Libya…I can’t wear a bullet-proof vest because it would make me a kidnapping threat”.

Ultimately, protecting our safety on an individual level is not always enough. Attalah explains that, wherever possible, a collective effort is something that can help journalists working in the Middle East stand up to the threats they experience. “A key aspect of our own survival has to do with the fact that we are collective,” she explains. “One of our main modes of survival…is to collectively resist what can be a tendency to censor or not to publish – basically resist fear collectively – which is easier actually to resist than if you are on your own… When I go to my newsroom I’m totally empowered by the group of people I’m working in… Collective self-care is something that helps us survive.”

Furthermore, the panel stressed the need for the international journalism community to make sure it doesn’t forget about Egypt and the Middle East. Attalah emphasises the importance of “trying to push for more stories, not normalising the fact that colleagues of ours are behind bars”. “Keeping Egypt in the news is really important,”adds Trew. Thus, keeping the conversation going about the Middle East is essential, for both the journalists working there and for the sake of the region as a whole.