The panel’s aim is to discuss the role of refugee and exiled journalists in contributing to the narration about migration in their host countries and more specifically in the United Kingdom.

The panelists are a pool of experienced professionals who are involved in collaborative projects which aim to strengthen the networks of refugee journalists and help them integrate the journalism job market in the host countries. 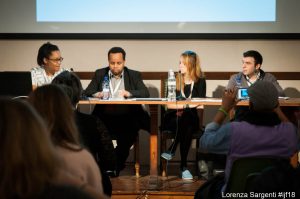 Vivienne Francis, who runs an undergraduate journalism course in London, introduces the Refugee Journalism Project and explains the objectives of its collaborative approach.

The Refugee Journalism Project is a London-based project which supports exiled and refugee journalists get back into their careers or start their journalism careers in the United Kingdom. The idea behind the project is Vivienne’s passion about diversity and representation in the media industry. 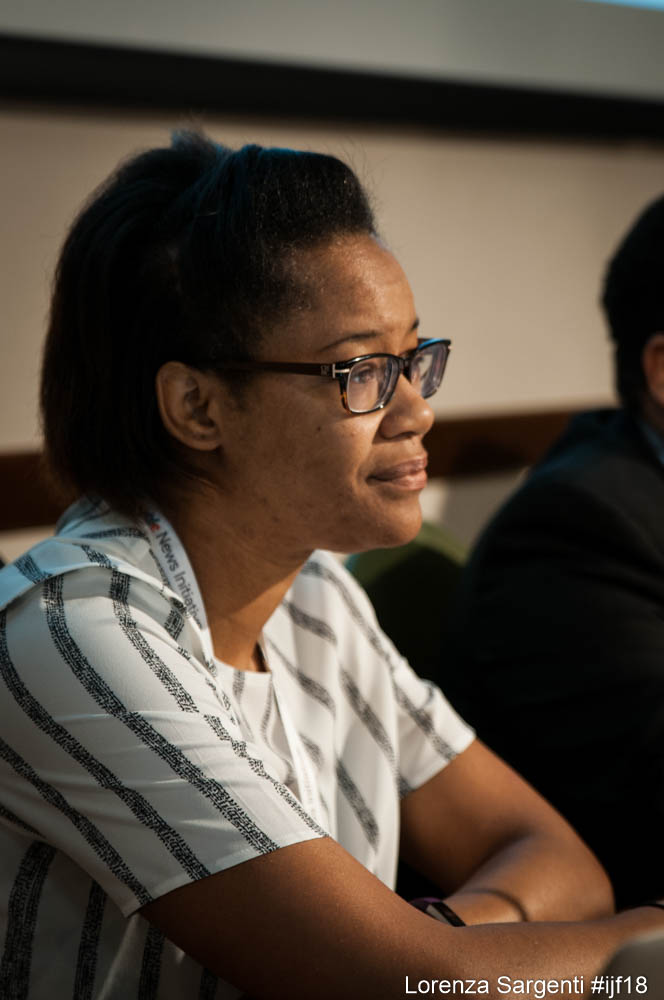 ‘’I felt that there were voices that were missing from the conversations within the media around what was happening  in terms of migration.’’ Vivienne Francis

Refugees and asylum seekers who came to the UK face, according to Francis, many challenges and barriers including not having the opportunity to produce professional journalism content and get paid for it. 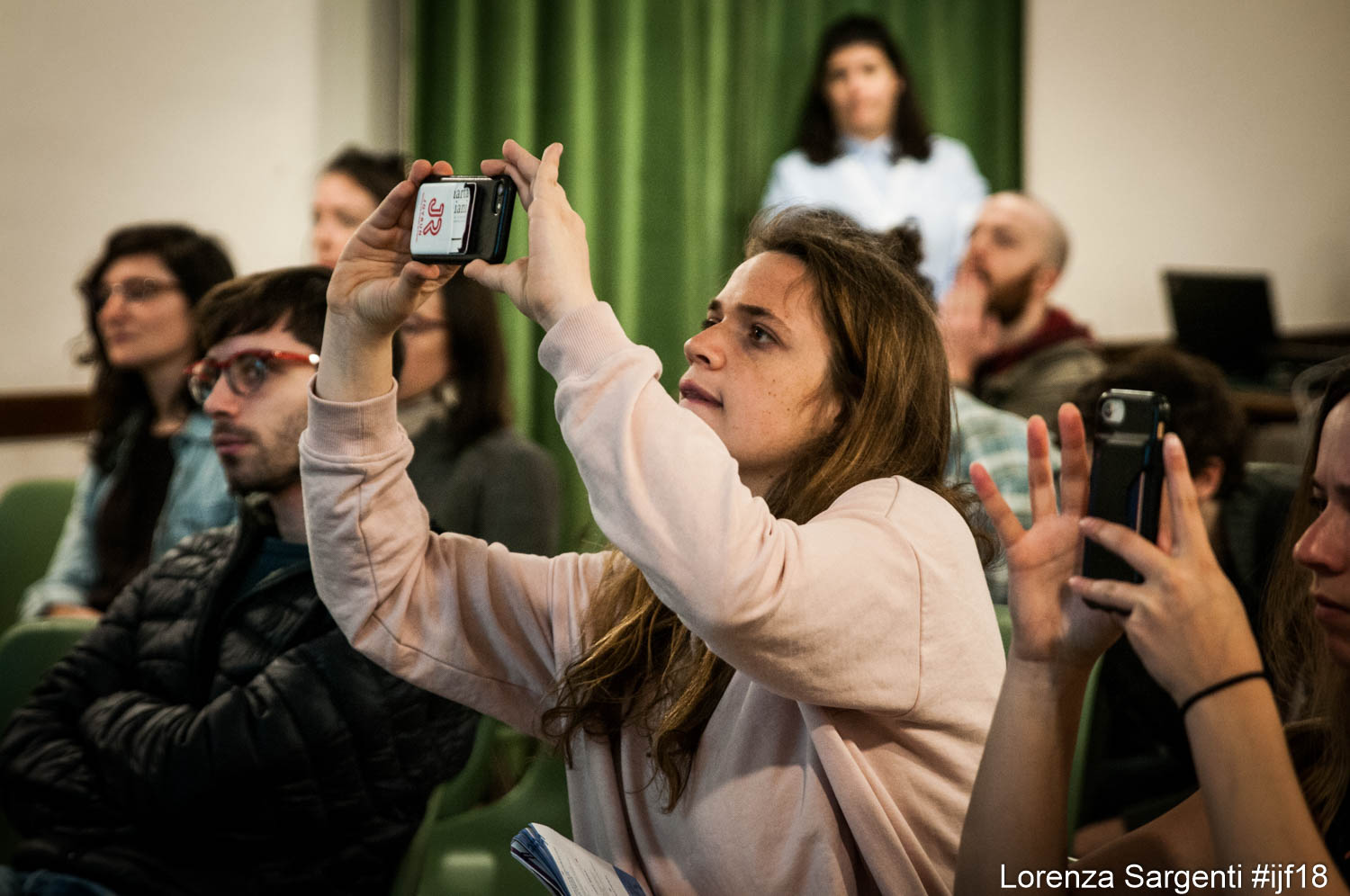 Together with a charity organization that supports refugees and asylum seekers, they identified some of these challenges.The findings of this research says that the lack of networks, the complexity of the application process for journalism jobs, the low value given to their previous qualifications and work experiences are the main barriers. Most of these journalists were given work related to their journey from their home country to the UK, while neglecting in a way their expertise in other fields and reducing them to the refugee experience. Francis highlights also the language skills gap which was one of the main identified barriers to the job market.

To address some of these issues, the Refugees Journalism Project implemented a series of workshops and activities tackling issues like the knowledge gap and the understanding of the UK media landscape. The project offers also to the participants the opportunity of a paid professional internship through a partnership with many media organizations.

“The key element of this project is mentoring.We had a group of UK established journalists who work directly with our participants to to support them in terms of applications processes and give feedback on articles as well as help them develop their networks.” Vivienne Francis.

The project was life-changing for many participants who made their way to the UK media as professional journalists. The good news is: the project will run for two more years and it is growing beyond London city into other regions.

Temesghen Debesai starts then to share his experience in this context. Temesghen Debesai is a freelance London-based journalist who moved to the UK having been exiled from Eritrea in 2006. Back home, he was a journalist and one of the founding members of the first English-speaking news organization there. In his speech, Debesai tackles the challenges that most of the exiled journalists face after moving to the UK. 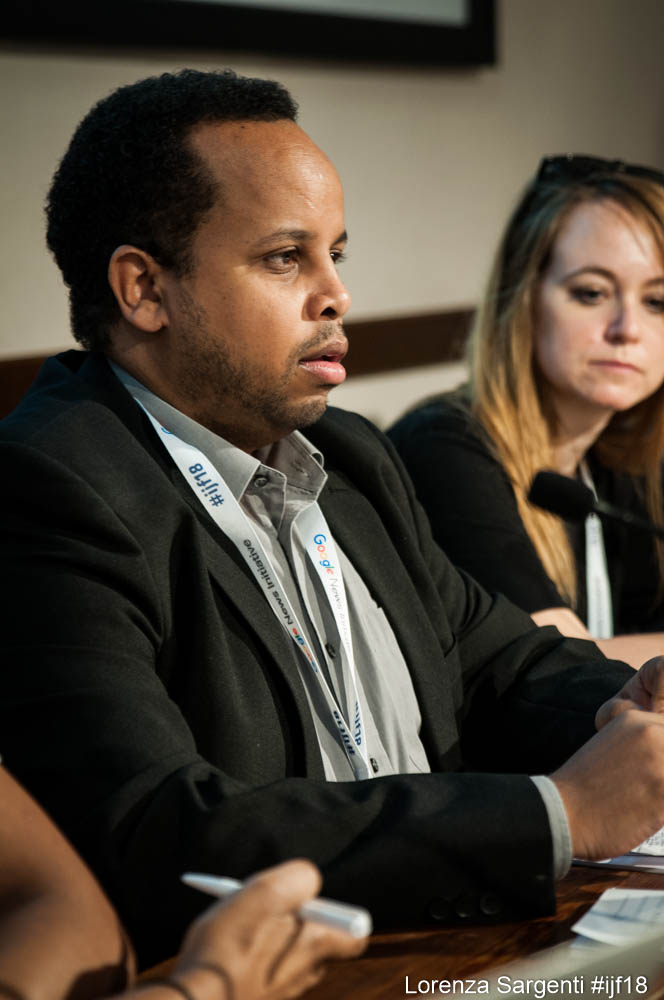 One of the biggest challenges, as Debesai says, is that previous experiences do not really count, but rather who is in your network.  Debesai points out also the fact that a lot of reports on migration lack accuracy because the media does not speak to the right people. He emphasis that exiled journalists should be perceived as a real chance to get contacts from the home countries and get access to accurate information.

Discussing migration reports, Sally Hayden and Ziad Ghandour take the discussion over a collaboration they did with regards to the topic migration.

Sally Hayden is an award-winning journalist and photographer who is currently focused on migration, conflict and humanitarian crises. Ghandour is a BBC Arabic researcher and freelance journalist who escaped Syria in 2015. He is also a participant in the Refugee Journalism Project.

Both journalists met in Calais in 2015 when Sally travelled there to report for Vice on the refugee situation. One of her interviewees was Ziad. Later on, they started to collaborate together and their first project was an investigation about reverse migration to Syria as a growing phenomenon. The journalists succeeded to get a grant to investigate this topic in Ireland, Germany, and Syria. The journey went through cities like Hannover, Berlin, Damascus, and Aleppo. They were able to find out how hundreds of Syrians were using smugglers to get back home via Greece and that among the reasons are the problems with family reunification due to the law changing in Germany and an ongoing feeling of having little security.

Sally Hayden shared also her experience of travelling to Syria and what foreign journalists work look like there and some information about of the people she interviewed there with regards to the topic of coming back to Syria after escaping. The article was a big success, translated into many languages and published across different platforms.

‘’We wanted this to get as far as possible.’’ says Sally Hayden