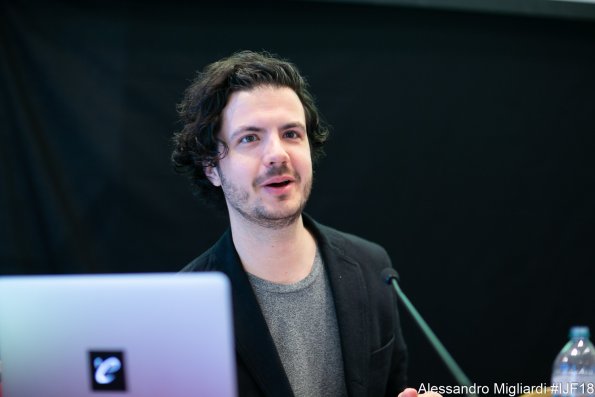 De Correspondent launched in 2013 with the goal of breaking away from the traditional news cycle. Instead, the Dutch publication focuses on providing context and solutions-oriented stories produced by journalists who are in constant communication with readers. In one notable example, the online outlet asked their readers to volunteer for a six-month project where they would have monthly conversations with refugees who recently arrived in the Netherlands. De Correspondent then used these conversations to inform a series of articles about the refugee experience in the country.

Their unique take on reporting is also financed by a unique business model: the site is ad-free and funded in part by memberships that cost 70 euros per year. It’s seen notable success so far, with the crowdfunding campaign used to launch the site amassing 15,000 paying members in just eight days. Today, De Correspondent has 60,000 members.

De Correspondent is now in the process of expanding globally, led by co-founder and CEO Ernst-Jan Pfauth. In an interview before the panel “Listening leads to trust: Here’s how to help your newsroom listen better” Pfauth discussed how De Correspondent is expanding its model outside the Netherlands and shared advice for newsrooms hoping to get out of the cycle of clickbait.

De Correspondent was first launched in the Netherlands, which is a relatively small country with its own unique culture. Now you’re working on expanding outside of Europe. Are you modifying your model to work in different contexts? How does your model work in countries that are far larger and more diverse than the Netherlands?

I think the need for in-depth journalism that really helps you understand the world around you is something that is not just limited to the Netherlands. A lot of people feel overwhelmed by hype news, by clickbait, by Donald Trump’s latest tweet that is explained by a thousand different articles. If you’re offering something that basically helps you understand what is really going on, I think not just Dutch people are interested in that. I think that journalists being more approachable, people you can ask questions to and people you can share knowledge with, is not something that is limited to just the Netherlands. So I think our founding principles are easy to export.

The question is, how are we going to do this in a practical way? Because the Netherlands, as you said, is a small country, it is very dense, you can talk to all Dutch people at the same time whereas if you go global or just to the US there are all these different communities you have to reach and talk to. So that is something we are still researching and that will be the biggest challenge. But our founding principles will stay the same.

And that will be a part of your new role? To understand how that will look practically?

Exactly. Also, the research by the Membership Puzzle Project is focusing on how our lessons from Holland apply abroad.

It can get easy for newsrooms to get stuck in a cycle of clickbait. What advice do you have for newsrooms that want to more authentically listen to their audiences but aren’t sure how to get out of this cycle?

That’s a really good question and a really hard question. It is absolutely liberating to work at a startup and start from scratch with these ideas.

But if I were a journalist working at a legacy media [outlet], I would probably start by sharing my story ideas at an earlier stage on my social networks and see how people respond to that. For example, if I were covering something in healthcare I would reach out in Linkedin groups around that topic and ask them what they feel should be covered, or come to them with a more specific idea and ask them what their thoughts about that are. And by building a community, by inviting them to work with you, I think you can lay the groundwork for creating a community your beat, and then build upon that. Because then you have a clear incentive next to the traffic, it’s also working with these people and involving them in your journalism.

I think David Fahrenthold from the Washington Post is a perfect example of that. He won a Pulitzer basically by opening up his notebook and allowing people to help him. I think more journalists should ask that question.